Much like last week, I'll just jump right into the update. Thank you all so much for your continued patience and support!

Anything shown on this blog and on the vlogs is a work in progress.

Roadblock is nearly resolved! We have also implemented additional measures to prevent it from coming up again, especially after we launch. We're now fully focused on making sure that we've got all our key infrastructure in place for the launch of the Closed Alpha and we will be announcing a new date in the near future once we know for certain that the roadblock has been resolved. We really appreciate the patience everyone has shown us thus far and we're excited to dive into the Closed Alpha with our players.

Nik Between being busy with moving, I've been working on perfecting the character LipSync system, which was a bit of a side project over the last couple of weeks for me. Currently we have audio pre-processed externally which we then bring the data into Unreal Engine 4 for playback, this means that we do not have to capture facial animation data, externally process and clean it up while maintaining a result that's considered acceptable.

I've also been working on polishing the character creation menu. Character Creation V1 as seen in Vlog 2: https://youtu.be/ulZJqPBTWnY?t=80 was out of date, especially the UI. We've also further tweaked our attributes perks and skills as well as how they interact with your character since our previous implementation. The only thing that is currently missing is appearance customization which I will be working on over the weekend.

Kyle has gotten lockable vehicles ready in time for the alpha, implemented an in-game feedback menu that will allow players to effortlessly send feedback directly to the development team, added server whitelisting, implemented Nomad's fortifications into the game, added safezone measures that force the player to lower their weapons when entering a safe area as well as making them invulnerable to damage while in safe zones, polished the random vehicle spawning system, as well as numerous bug fixes and polish-passes on other aspects of the project.

Nomad has continued polishing the fortification and utility assets that were shown in last week's post. These are the locked and unlocked variations of the security bar and chains: 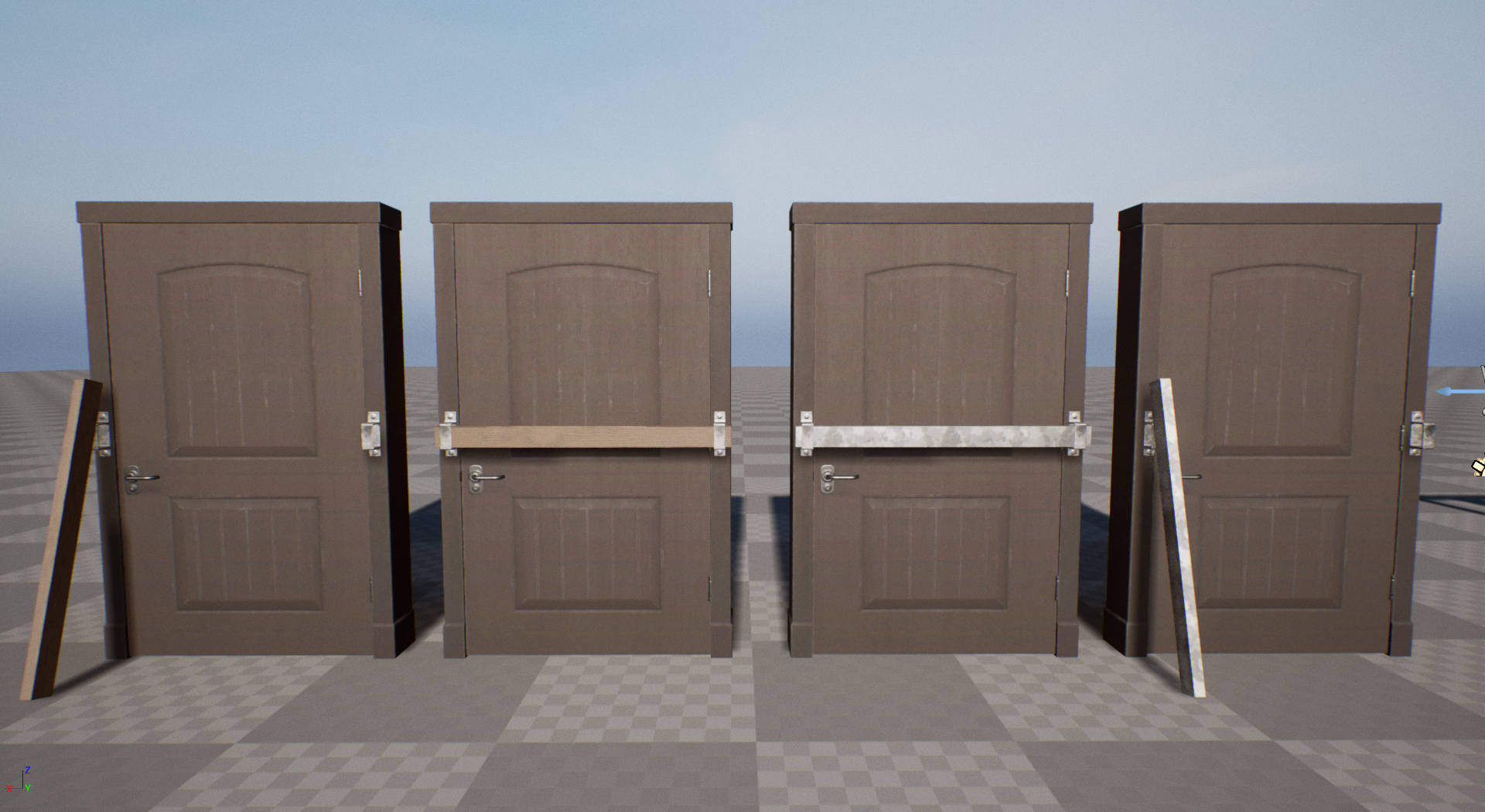 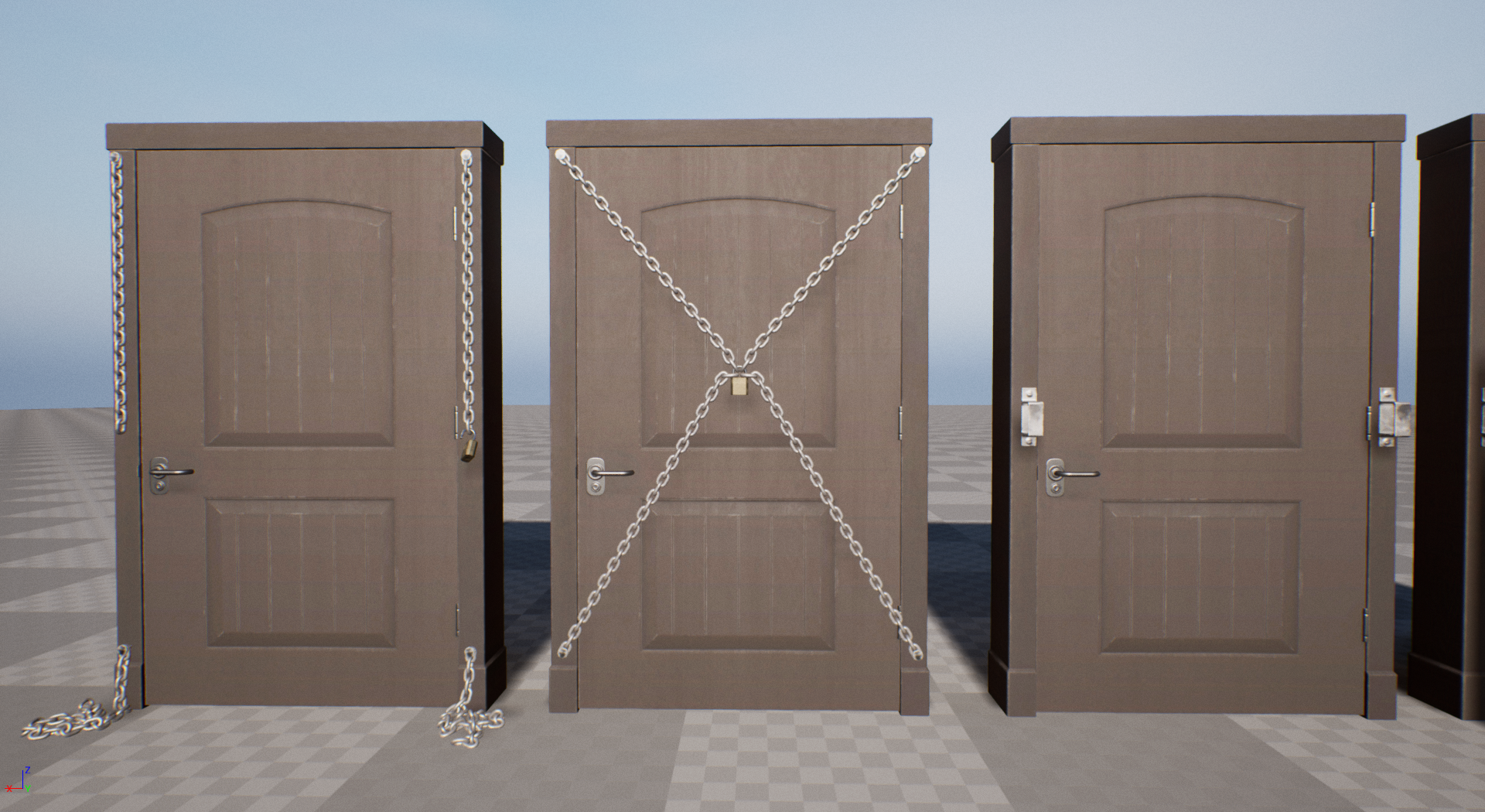 The water collector has also gotten another art pass that includes an upgrade to add insulation to protect your water source from freezing temperatures. He has also added a small portable heater that can be used to regulate the temperature of player greenhouses year-round 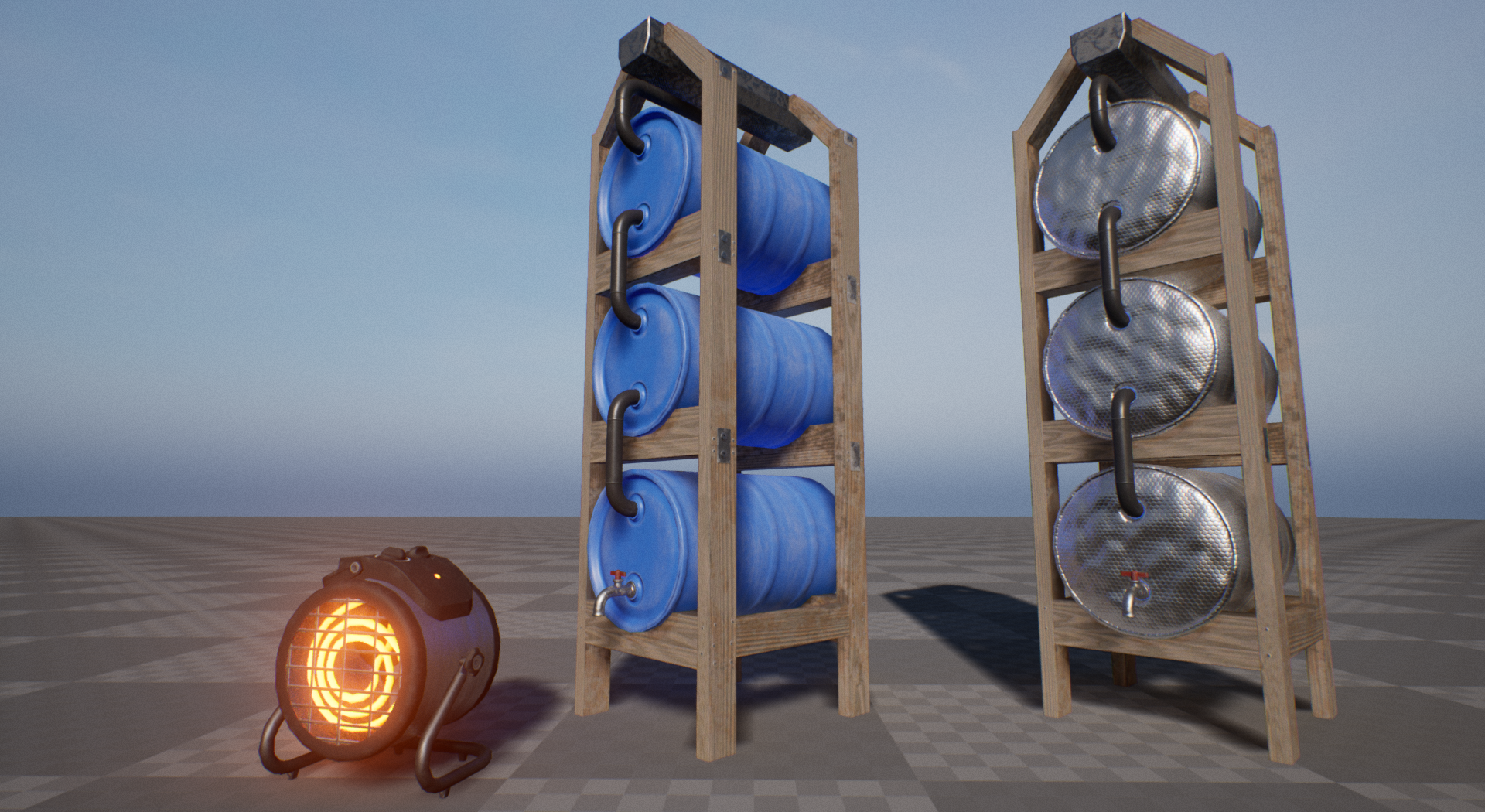 Gunschlinger has been polishing animal behavior, including the bear AI shown in previous update posts.

Rizz has added a unique variant of the katana that players can find in the world that looks worthy of any mantel. 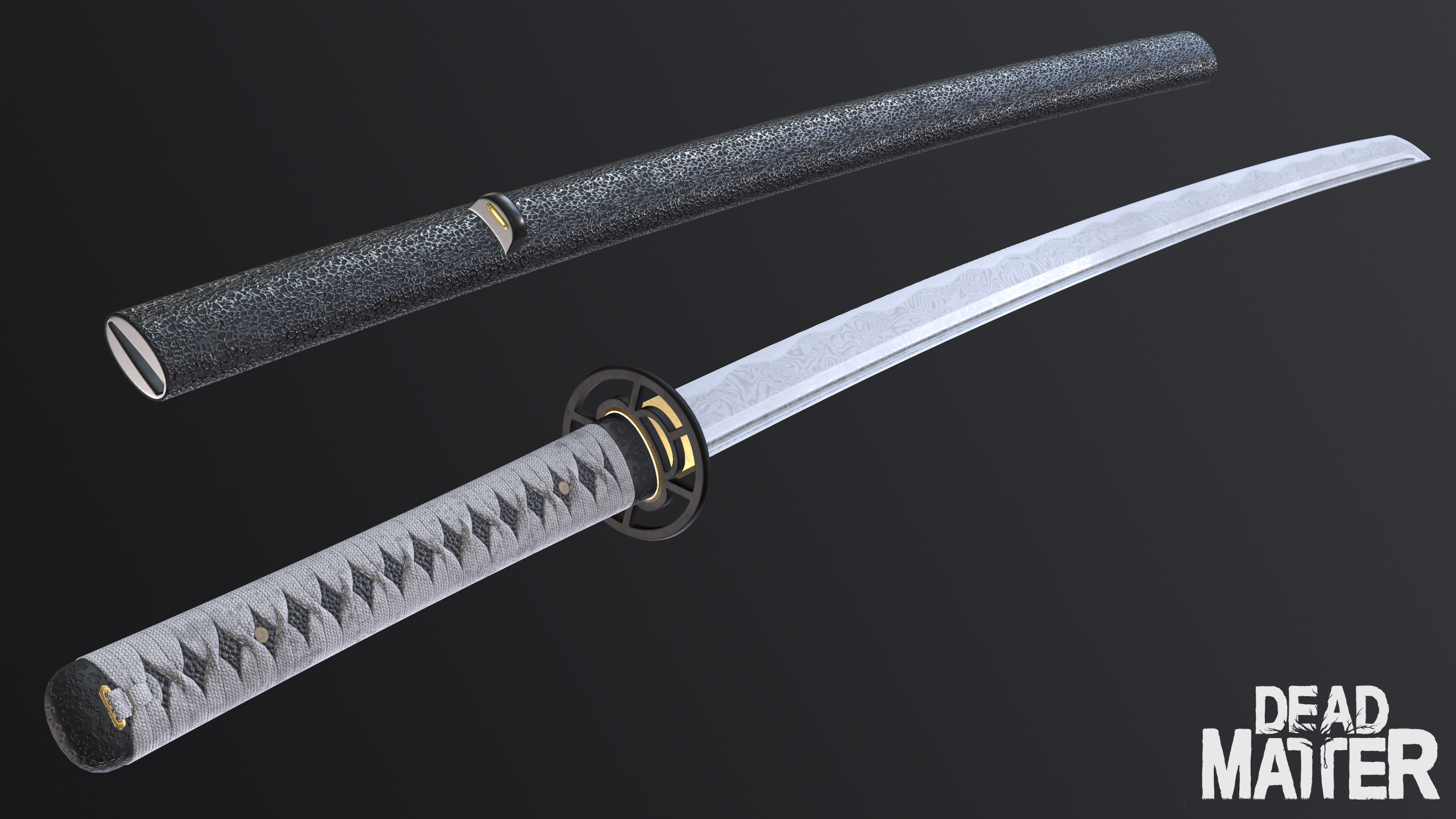 Dogtooth has been working on blend maps for emotes, speaking transitions and emotions, fitting more player clothes to the models, and high poly models for the jersey. 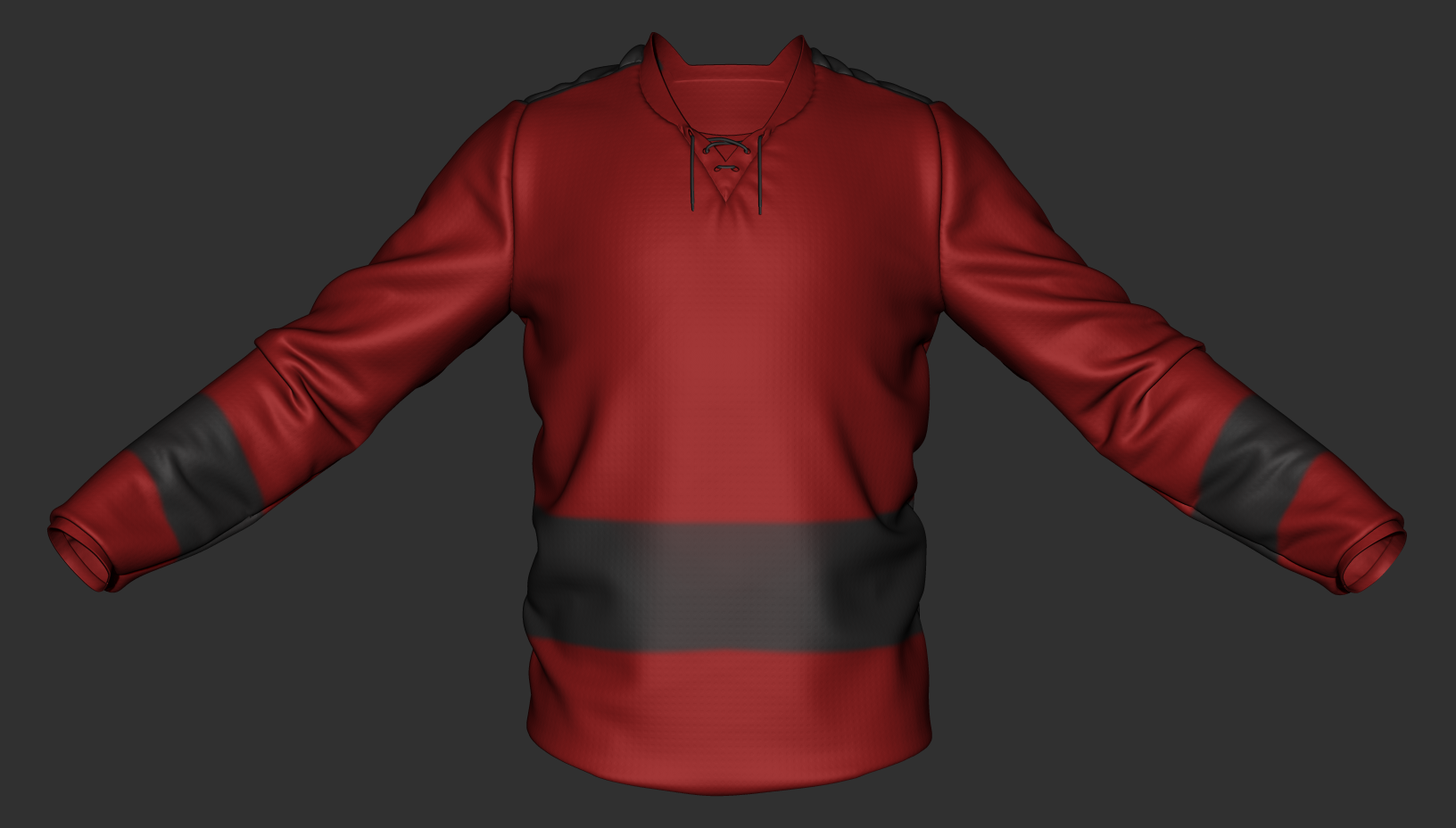 Yitz (Marquis) has added the gun range. The gun range has been something shown as a testing ground for weapons in past updates, but now it has been polished and added for players to test the weapons of Dead Matter! 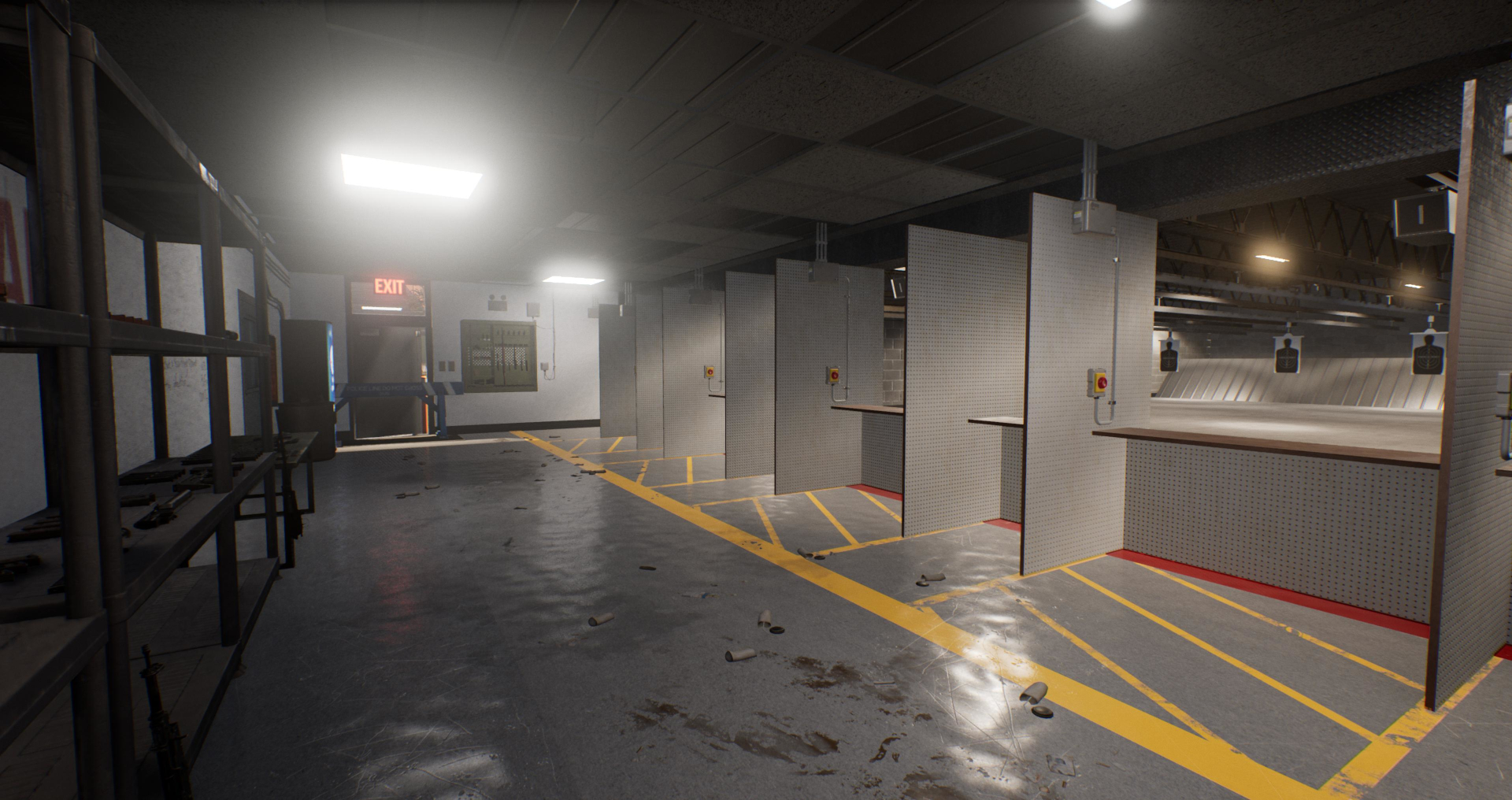 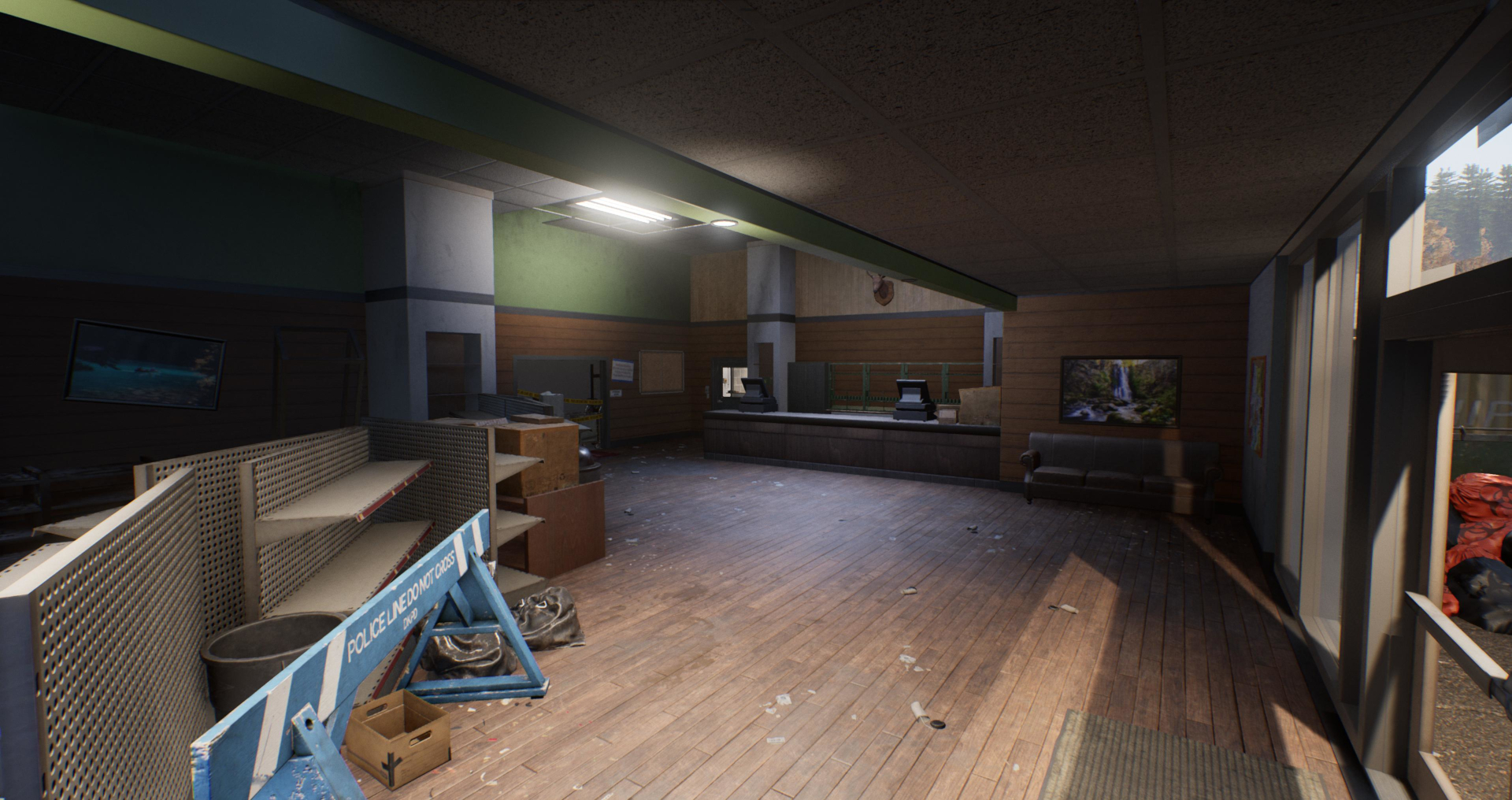 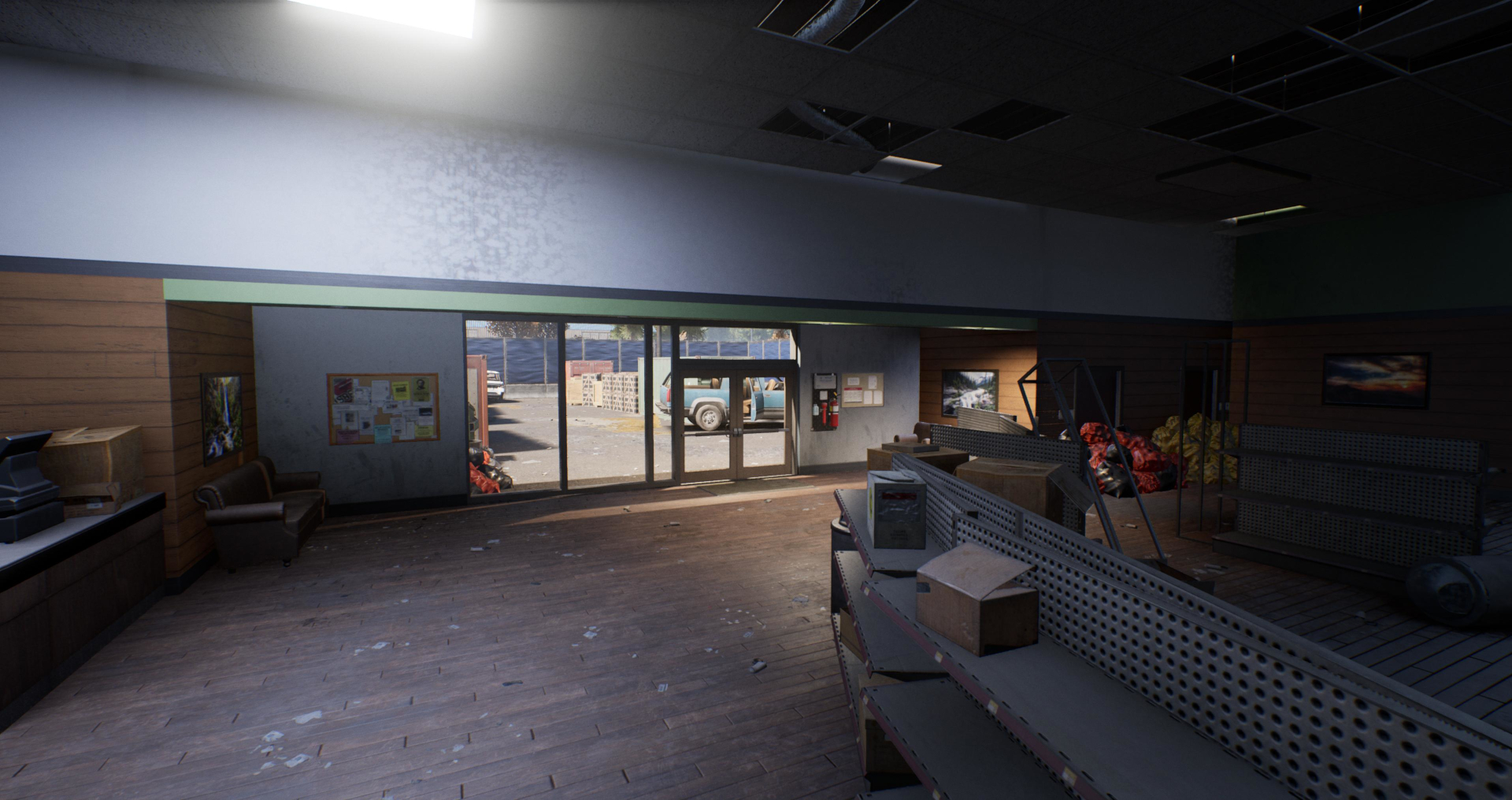 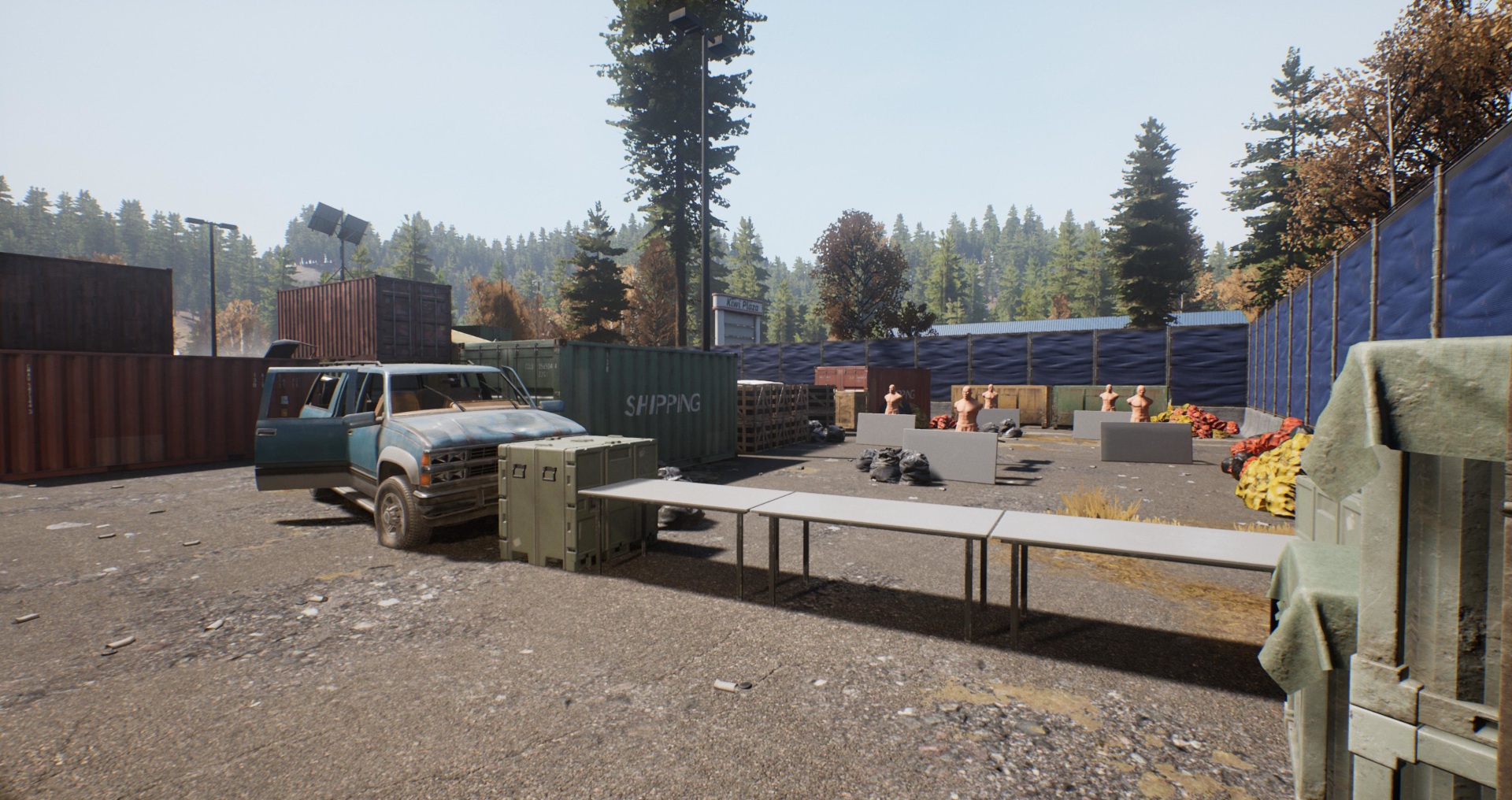 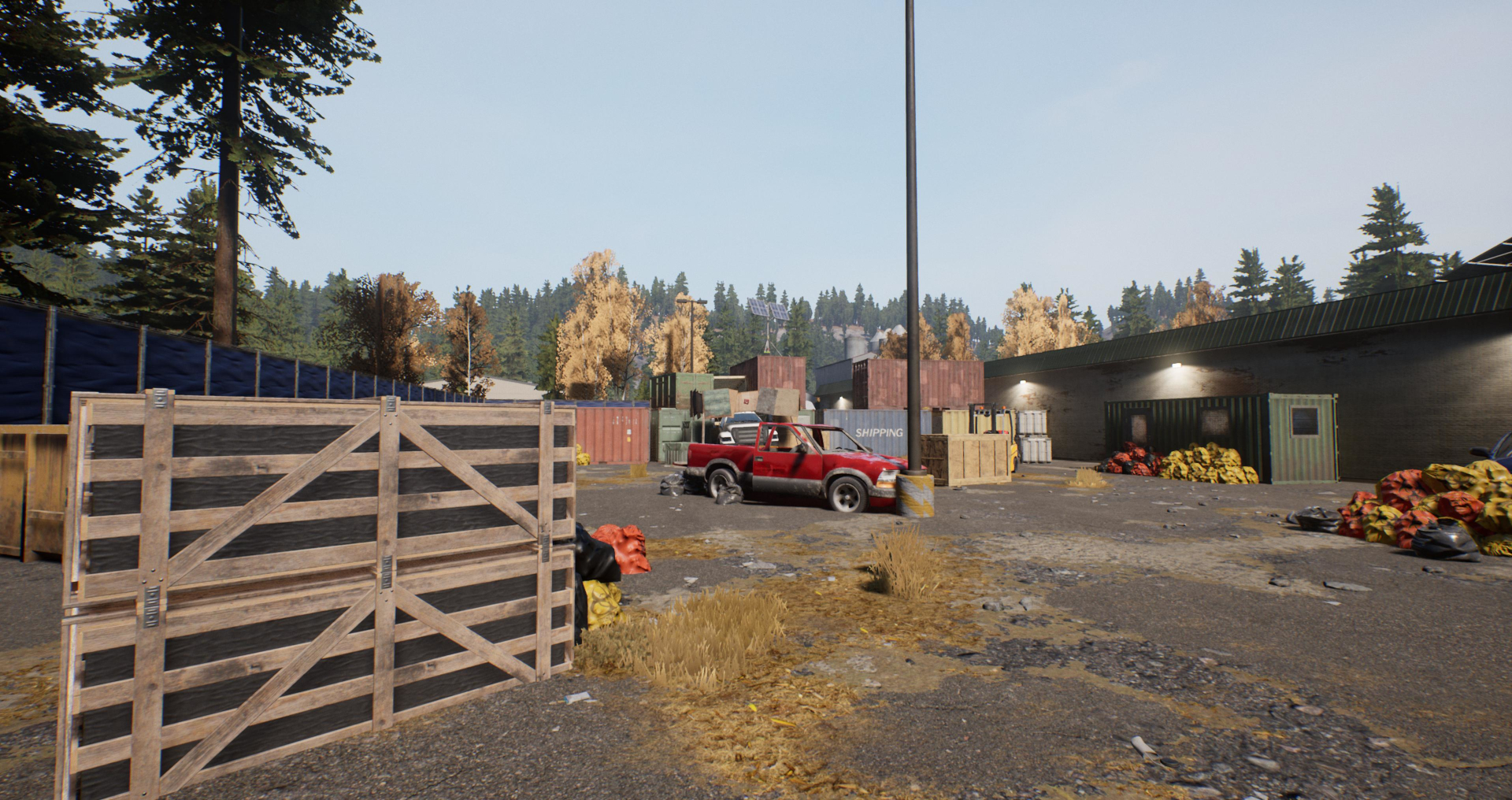 Yes, that is a fire alarm trigger. And yes, it does exactly what you think it does. Dead Matter's premier self-loading-target-range! 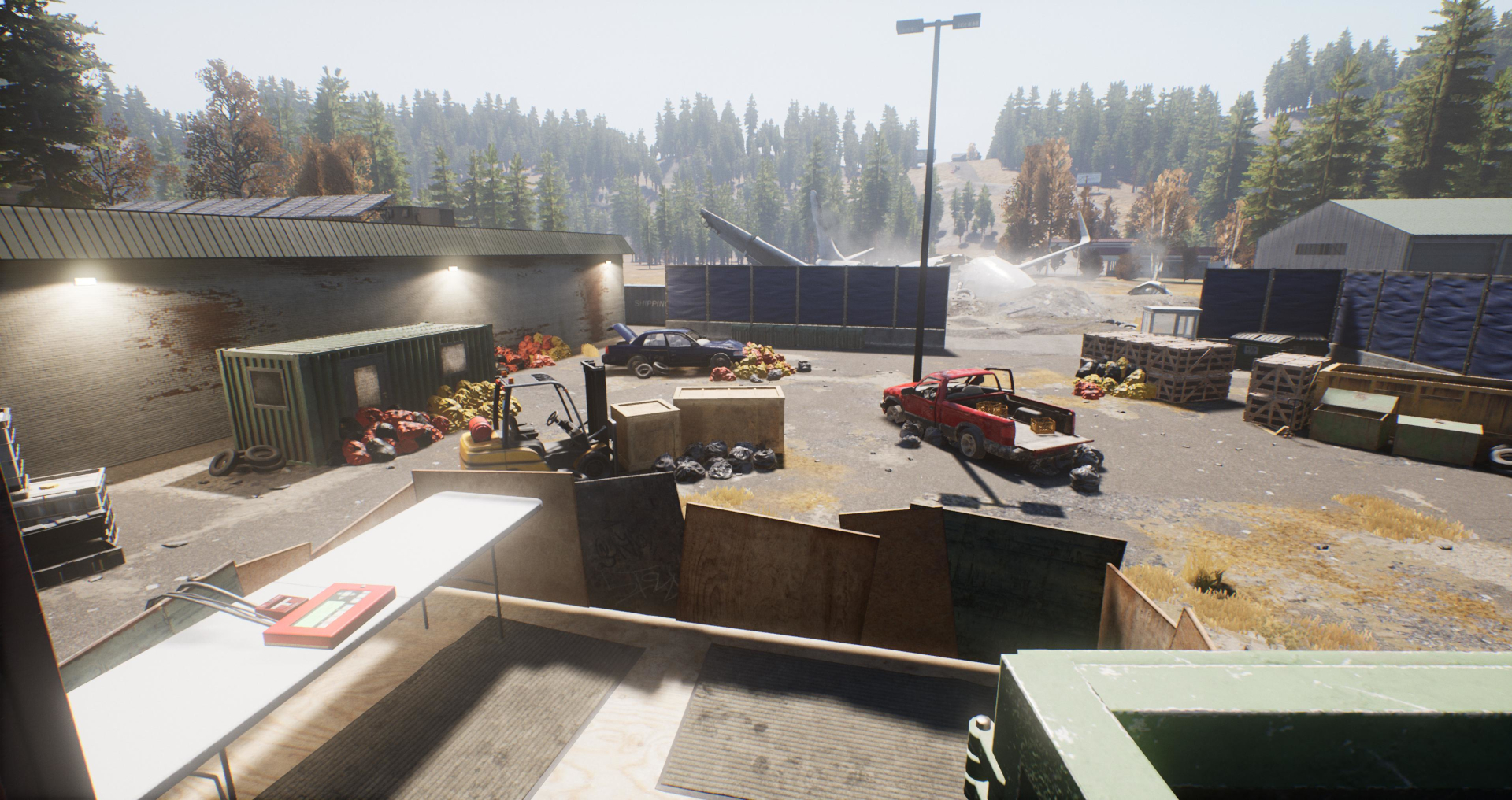 That wraps up this development update. Thank you all for your continued support, and we look forward to your feedback and chatting with you all.