We have an update regarding the current state of development, as well as where we are in terms of the June release. This is a bit of an all in one update, and we’d like to thank everyone for showing us patience as getting this update out has taken quite a bit of coordination on our end to get out before the 14th.

We’ve been getting the game ready for the Closed Alpha, dozens of bugs and critical issues have been getting squashed. While we’re not likely to get every single issue taken care of before the launch of our Closed Alpha we want to make sure that the Closed Alpha is palatable so we can get feedback on core gameplay mechanics rather than being in a state of constant firefighting after we push.

One of the things that we have been working on getting implemented for the Closed Alpha is the Quest and NPC dialogue system, as well as basic human NPCs to go alongside that. While we won’t have wandering NPCs on day one, Dead Matter will feature safe-zones that contain NPCs that you can interact with. We’ve built a flexible questing system that’s built on a set of simplistic rules, and the best part about that is we believe that this is an excellent opportunity to take some feedback from the community on Quests as well as NPC dialogue trees. If you would like to learn more about the Quest/Dialogue system or you would like to suggest a Quest, check out this thread on the forums: https://playdeadmatter.com/forums/index.php?threads/suggest-a-quest.575/ 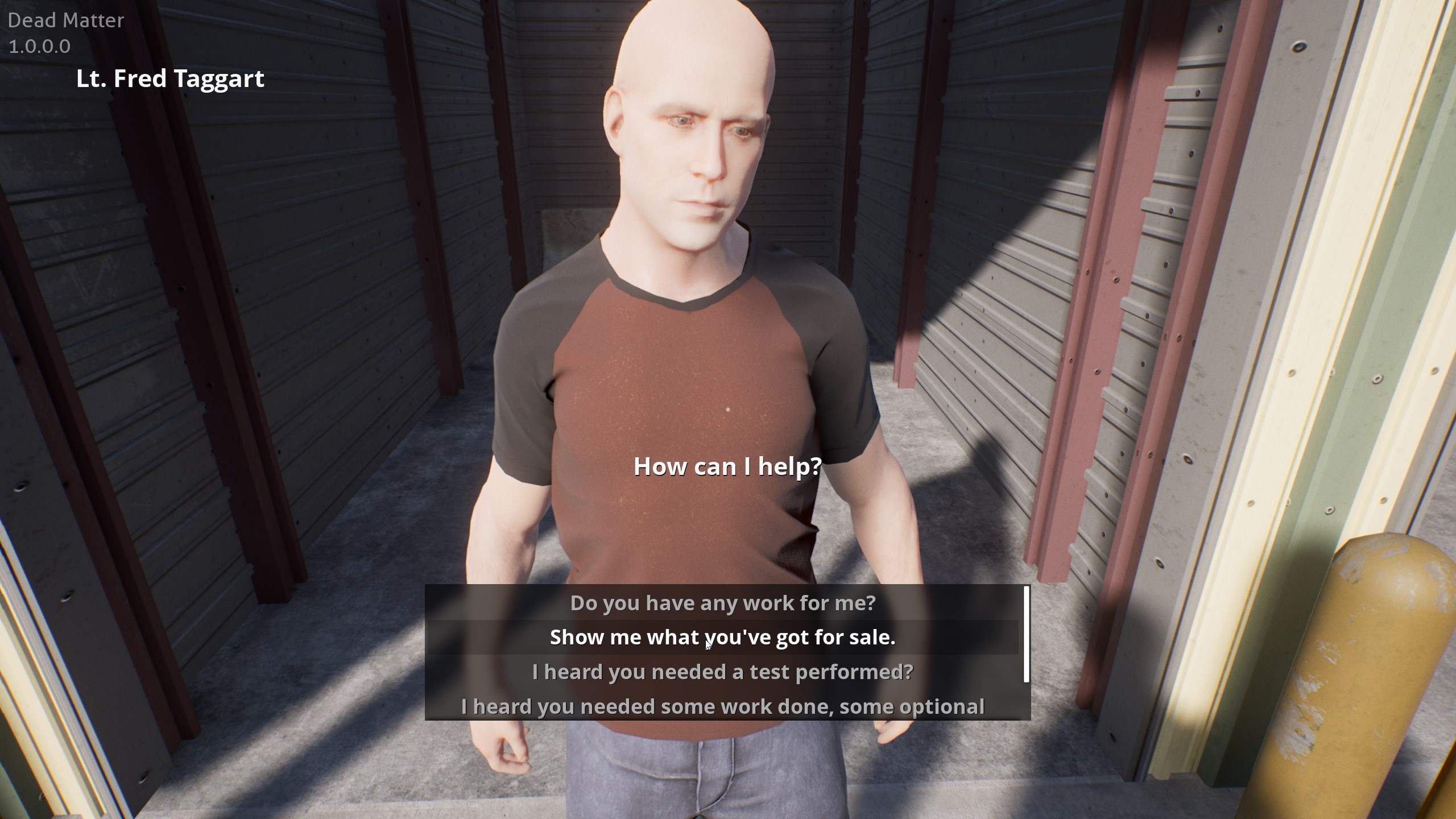 Payton has been overhauling the player mesh in preparation for the Closed Alpha, you will be able to tweak many elements of your appearance such as your facial hair and a variety of features. Here are some profiles that Payton has provided for this update including different variants of the player mesh, there is also an overhauled version of the female mesh in the works.

Click the image above to see the full album! 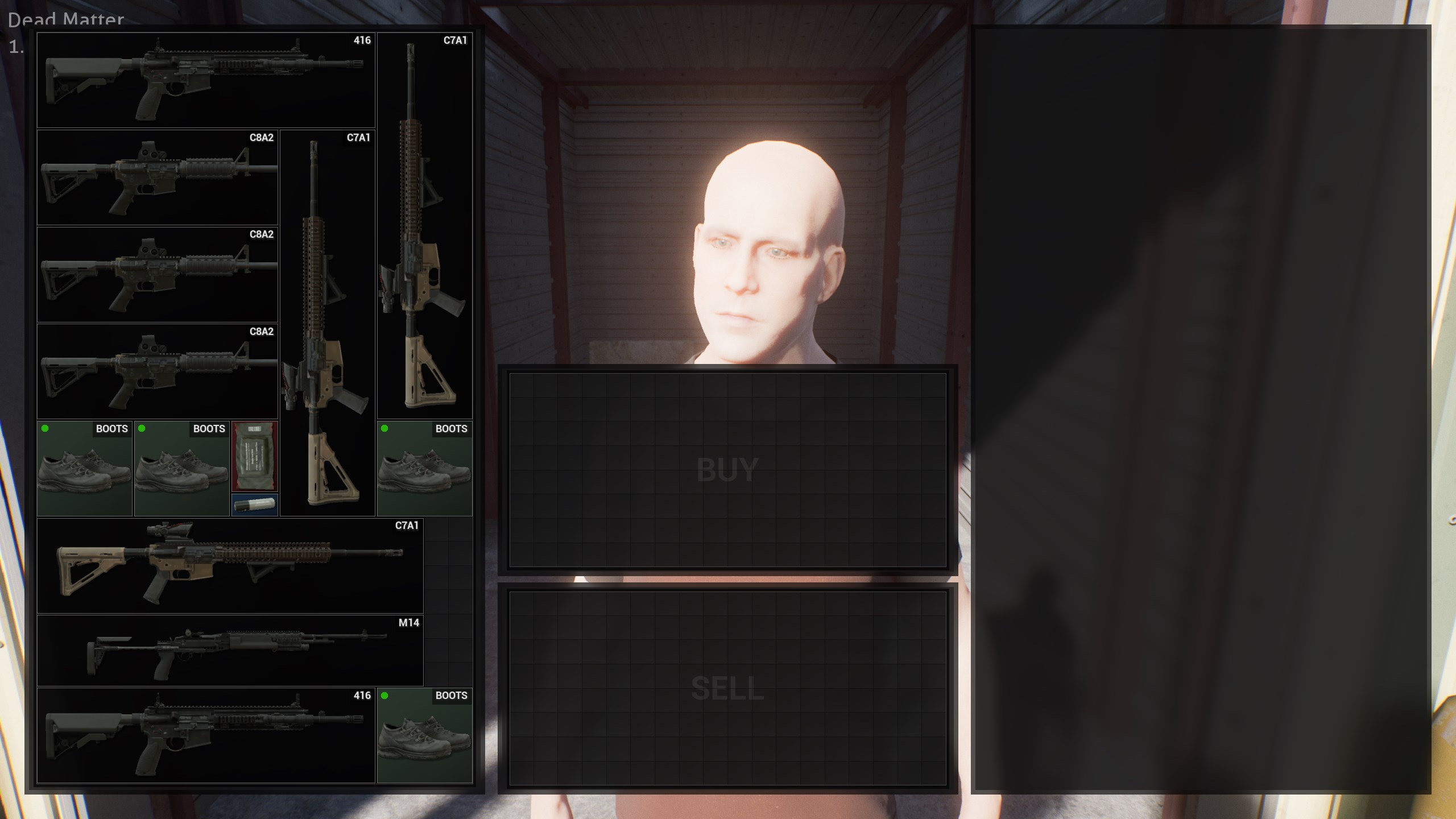 Please note we still need a bit of work on the visuals but the system largely works at the moment.

Our Closed Alpha will actually be launching with a much larger region than we were initially anticipating. The playable area will be roughly 7.5km x 7.5km with a new region that has yet to be revealed in a Development Vlog or Blog. Until now. Check out a few screenshots from the region below: 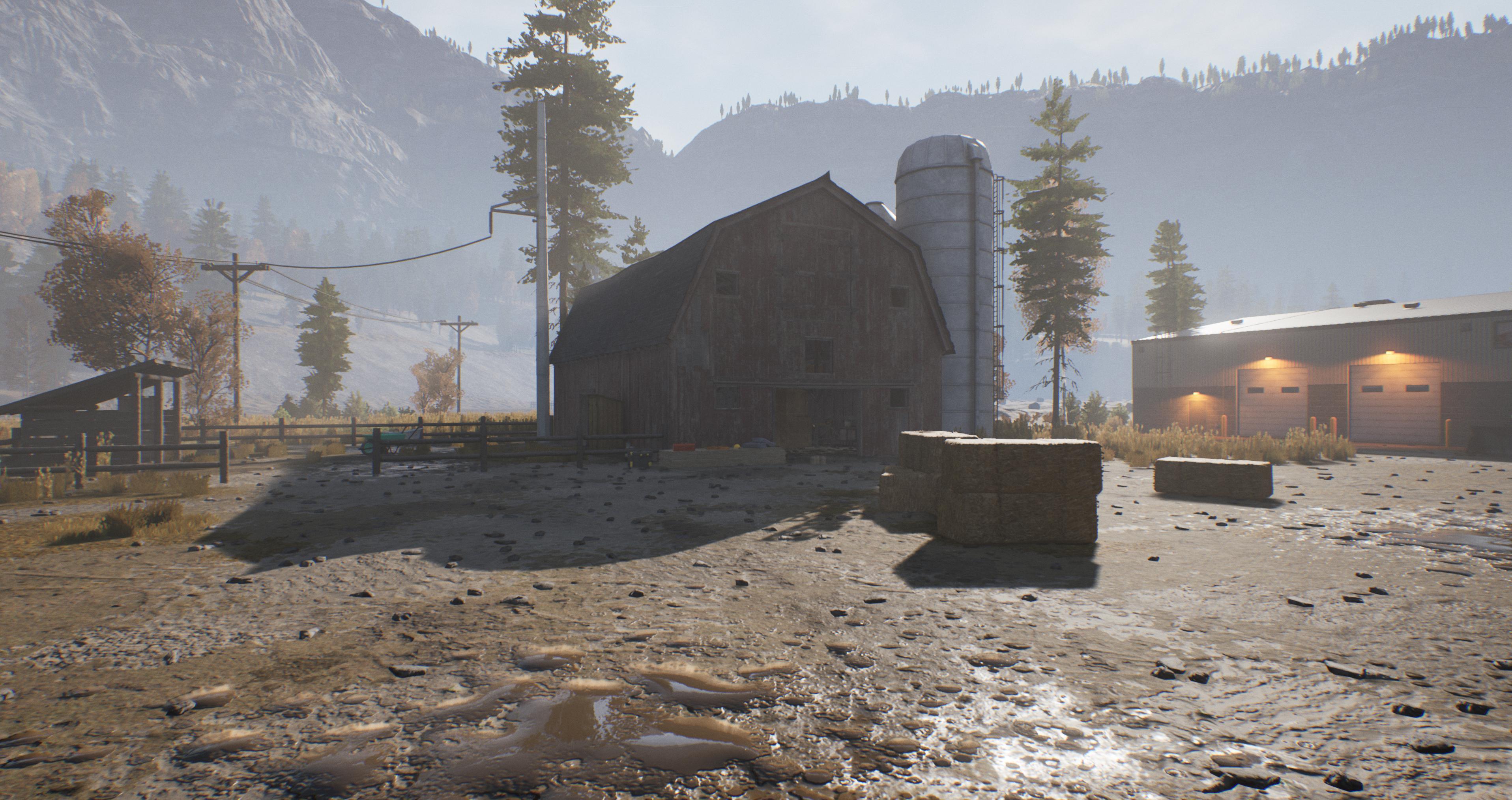 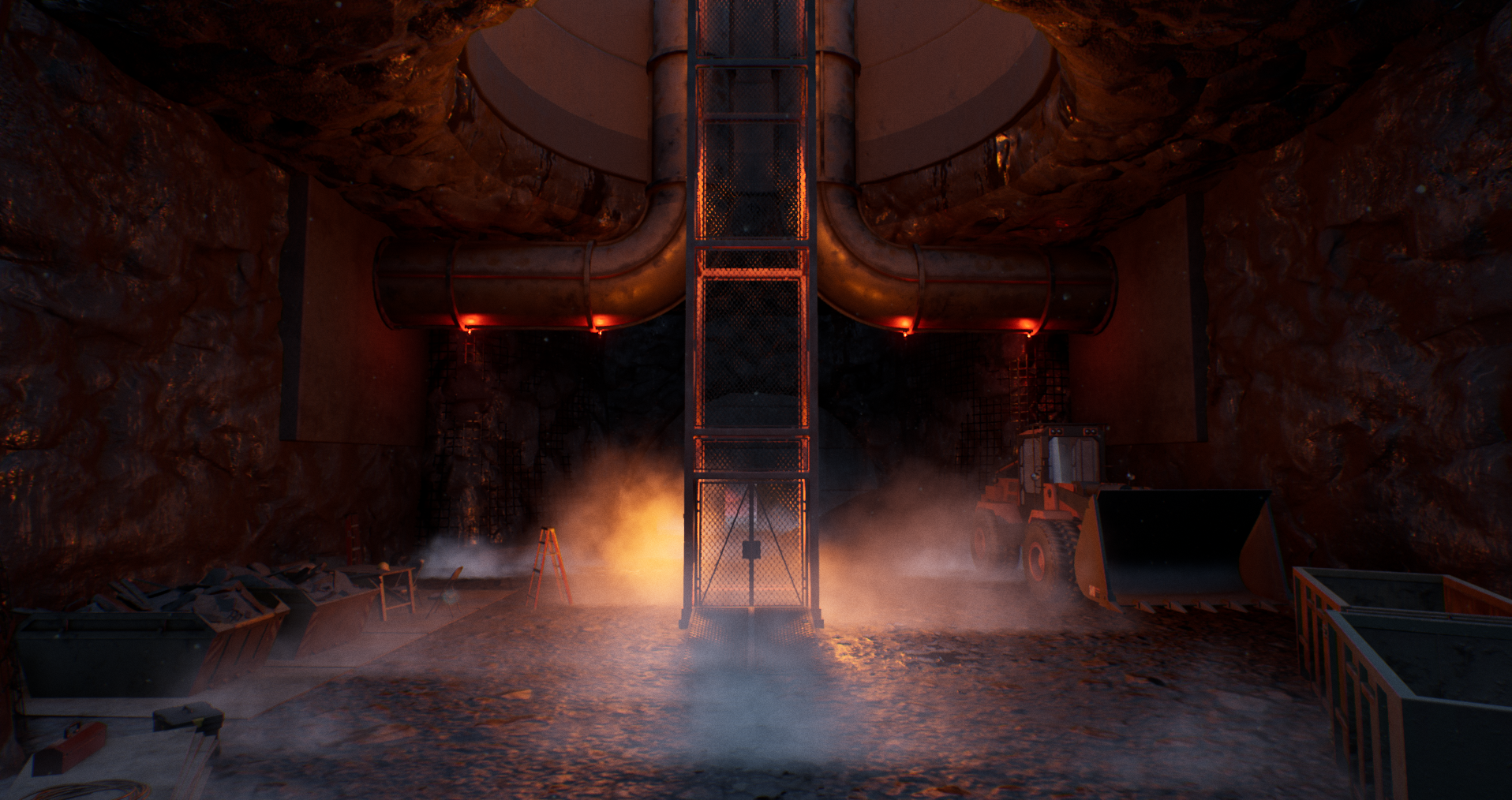 There's also been some progress made on the safe areas that will be in the game, as seen here:

We've mainly expanded the playable area based on feedback from our backers raising concerns that the initial map size might be too small, rest assured that we've heard you and have acted on the feedback!

We’re not anticipating that this will push us past the end of July and we will be making weekly updates until the Closed Alpha is released to keep you guys briefed on what the current situation is, we will be pushing the Closed Alpha as soon as everything is ready to go. It is coming very soon, and we genuinely appreciate your understanding and patience on the final lap. We apologize for any inconvenience or negative impact that this may have but we have obligations to make sure that we have all our bases covered and that is currently what is taking a bit longer than we had anticipated.