Hey Survivors, I know St. Patrick's Day isn't until the 17th, but who doesn't spend a week pretending to be Irish once a year? We hope you all enjoyed vlog 10 and the much-awaited gameplay included with it, and we've been reading all the feedback to that content and have already made lots of changes based on public and backer feedback. We're eager to show off more when it's ready. Before we get to the Dev Updates, this is a quick reminder, anything shown on this blog and on the vlogs, is a work in progress and is subject to change as development continues.

I am delighted to announce that MrAtomicDuck, one of our content creator Partners, is going to be making video summaries of blog posts moving forward. We've been continually impressed with his thorough and quality coverage of Dead Matter, and are excited about this collaboration to bring updates to our Backers and the community.

Spacetimebender, our lead artist on the team, has been hard at work on the map and is currently focused on the Canmore area and surrounding neighborhoods. This shows the first phase of detail that depicts how the world looked before the outbreak. The second phase of detail will add another layer of humanity's panic and the resulting destruction from the outbreak. This is a quick reminder, again, that anything shown on this blog and on the vlogs, is a work in progress. 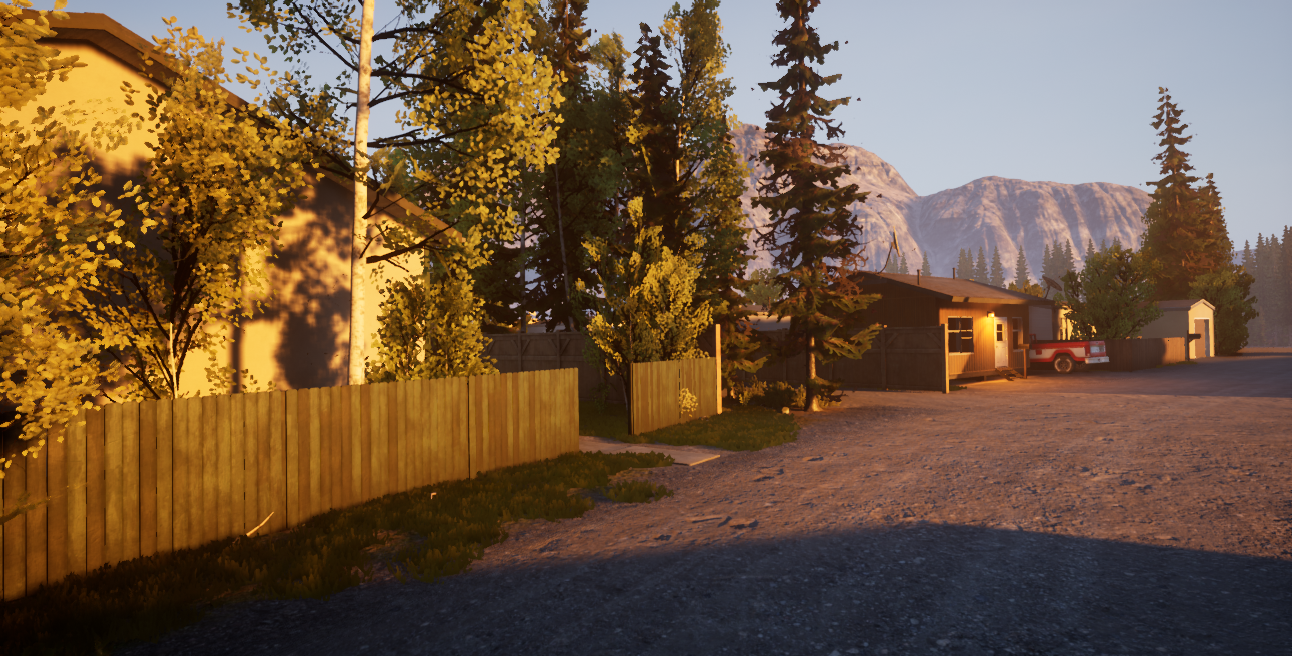 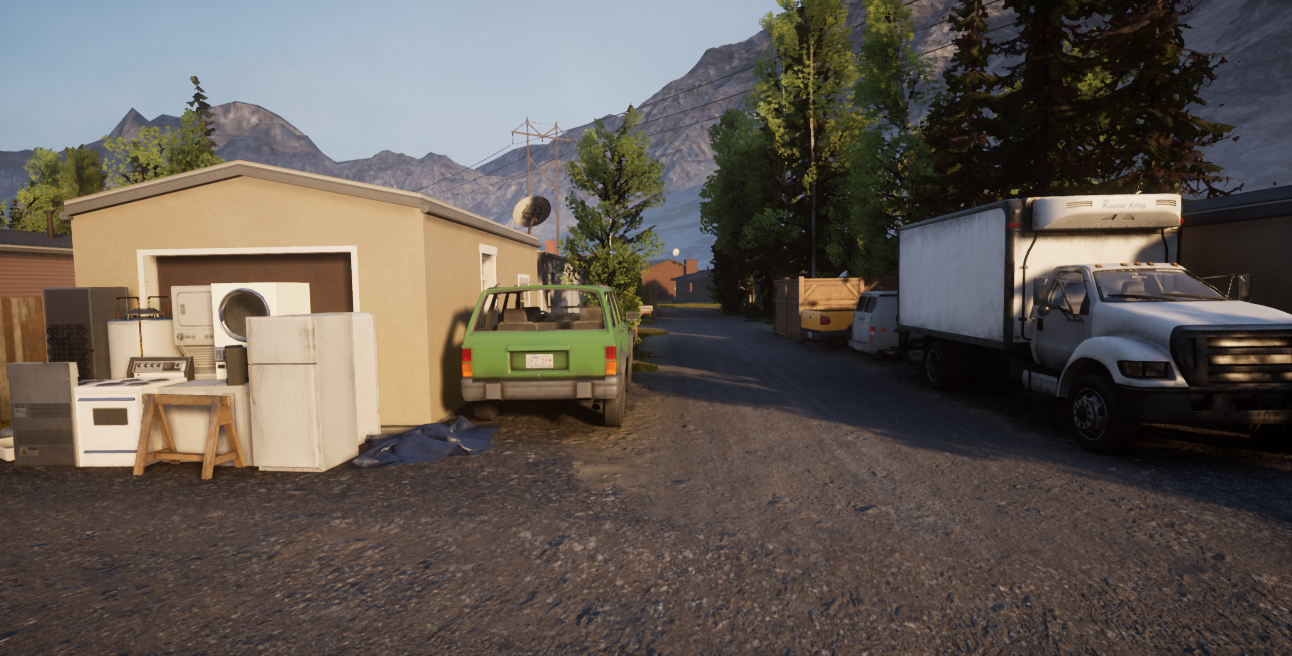 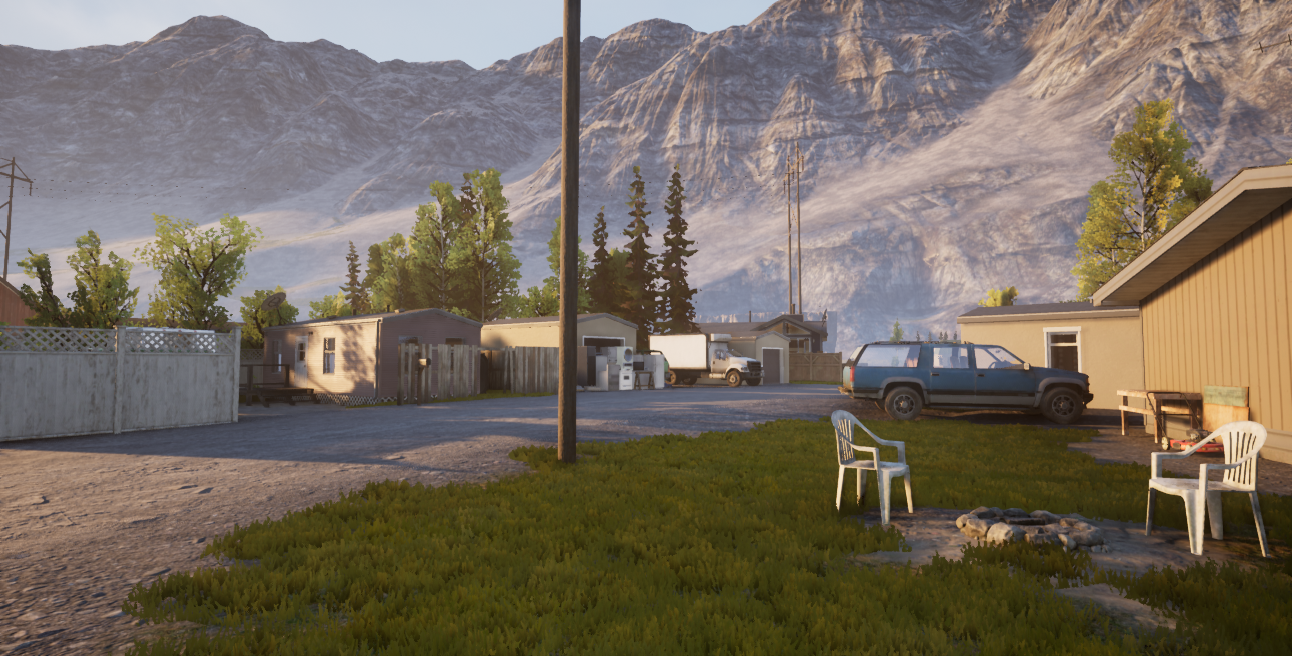 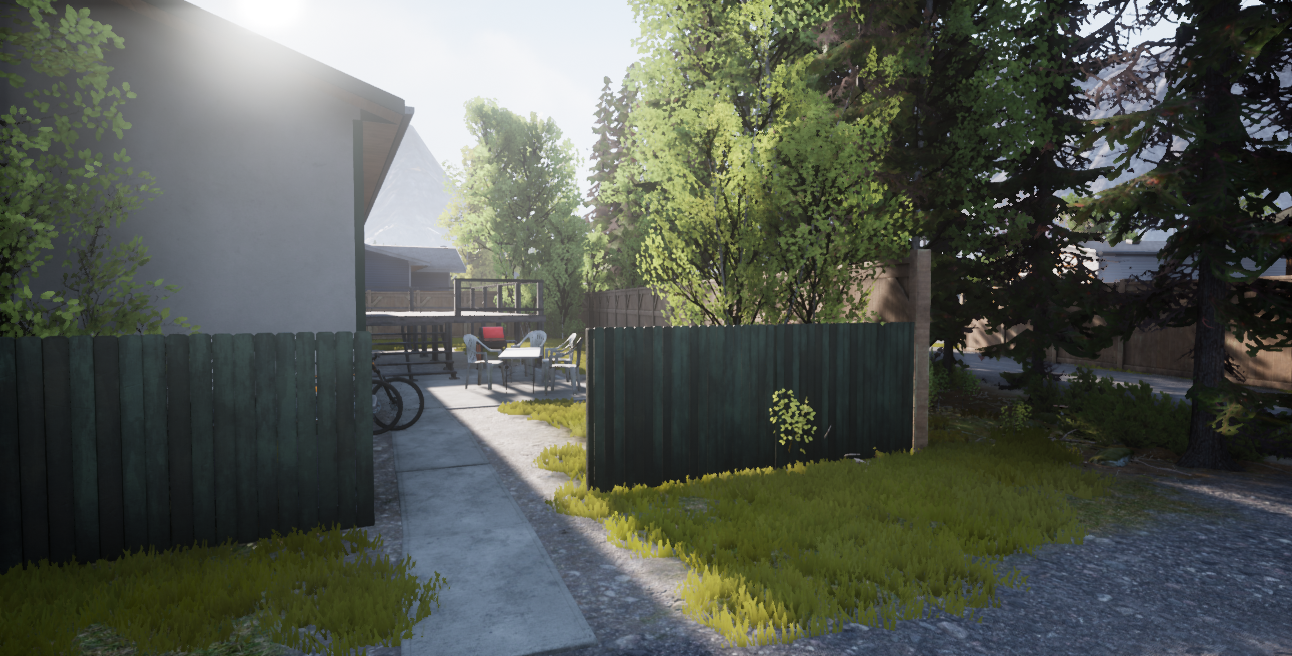 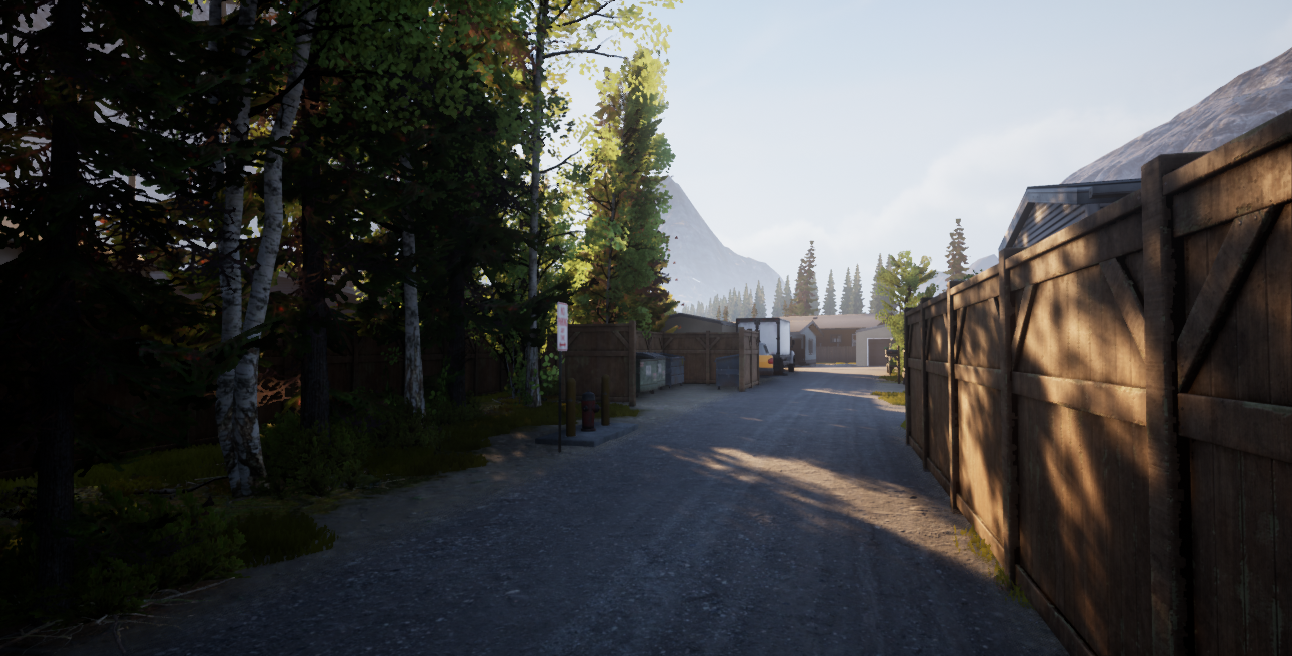 Nihito has been working on the burned variants of emergency vehicles that will be scattered throughout the maps. 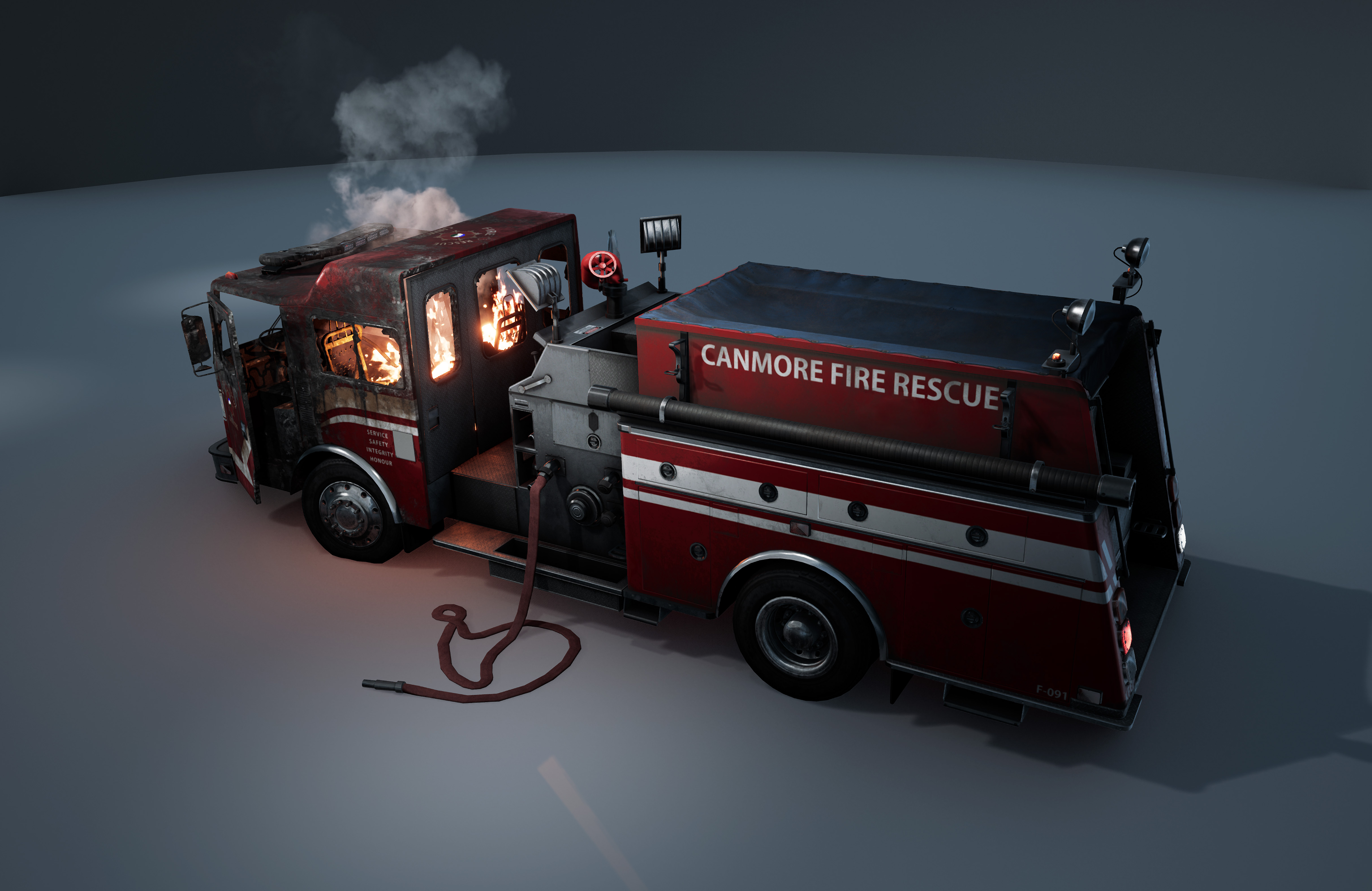 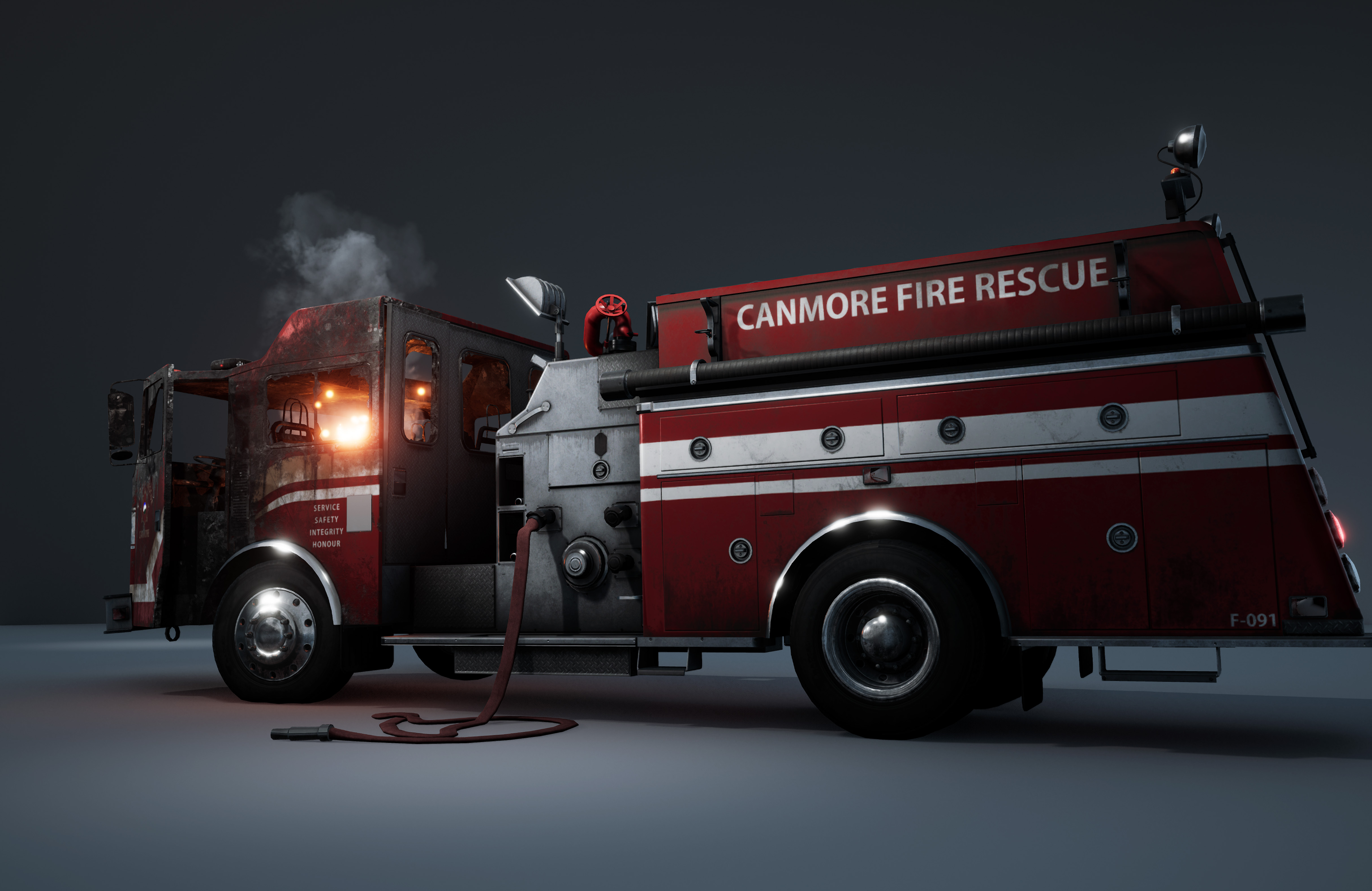 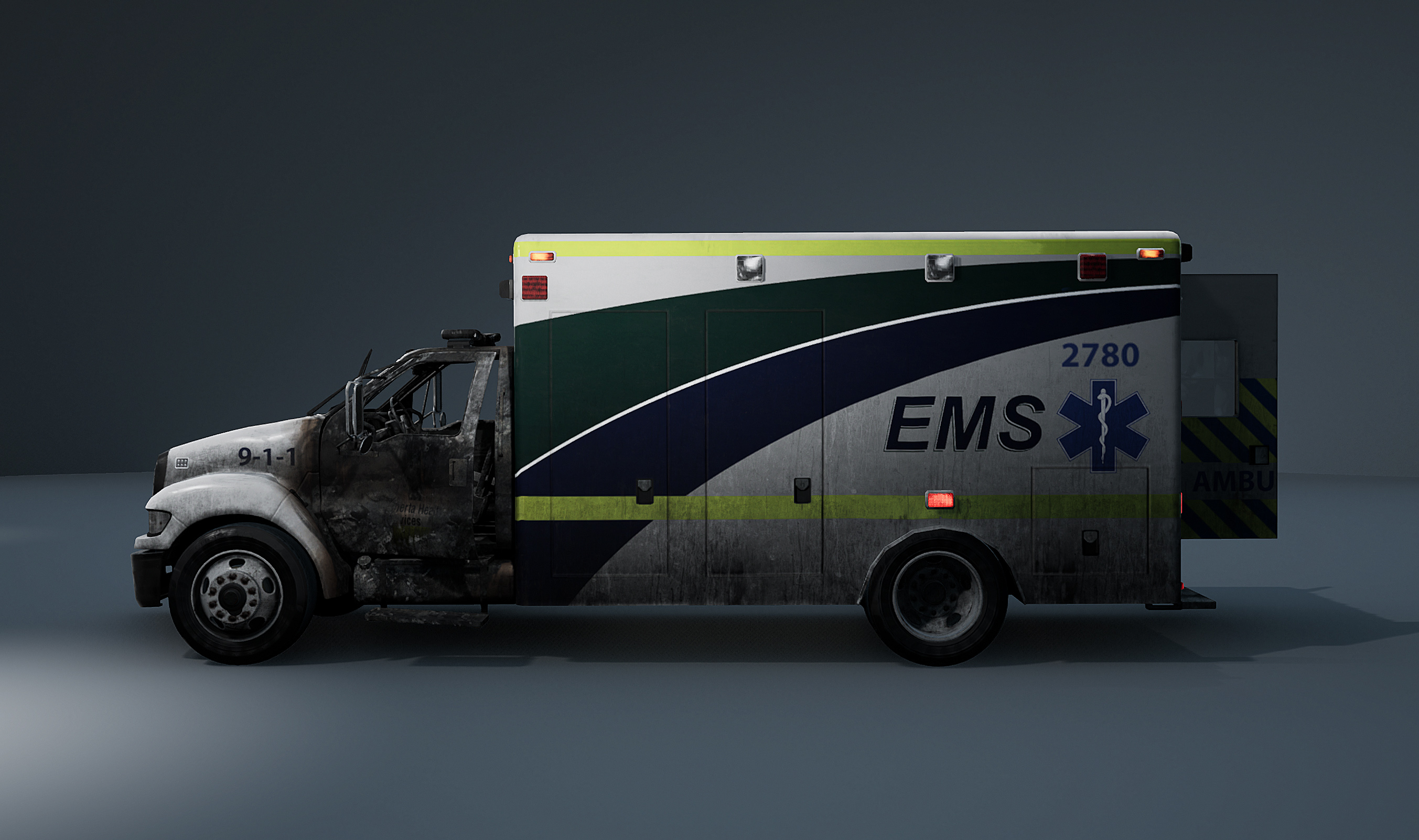 He's also been working on creating new liveries for them such as the RCMP and Canmore Fire Rescure logos and new light bars for emergency vehicles and improving the light effects from them.

Nihito has also been working on finding the most efficient method of creating crashed variants for all of the vehicles in the game as well, see below for some examples. 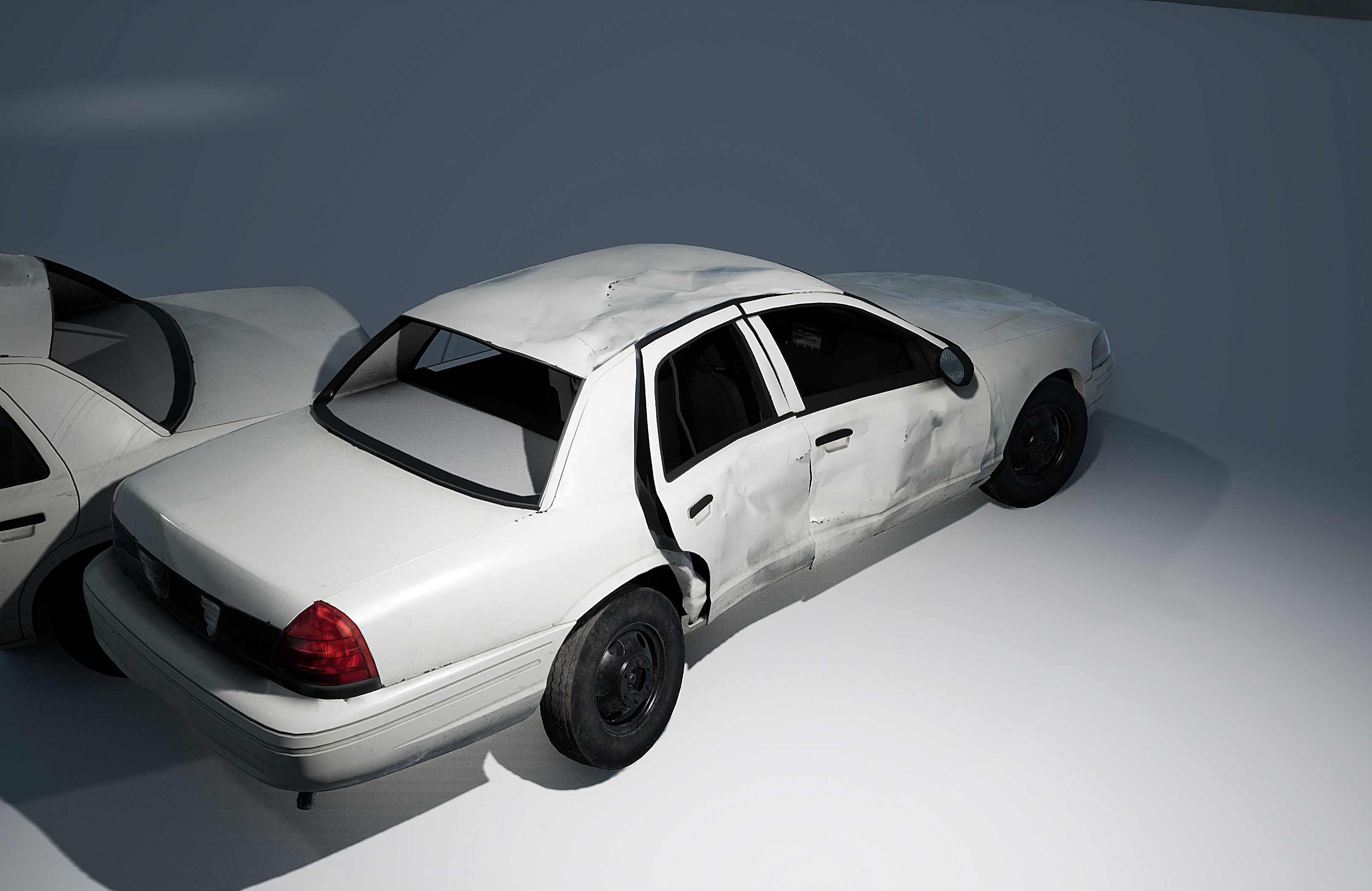 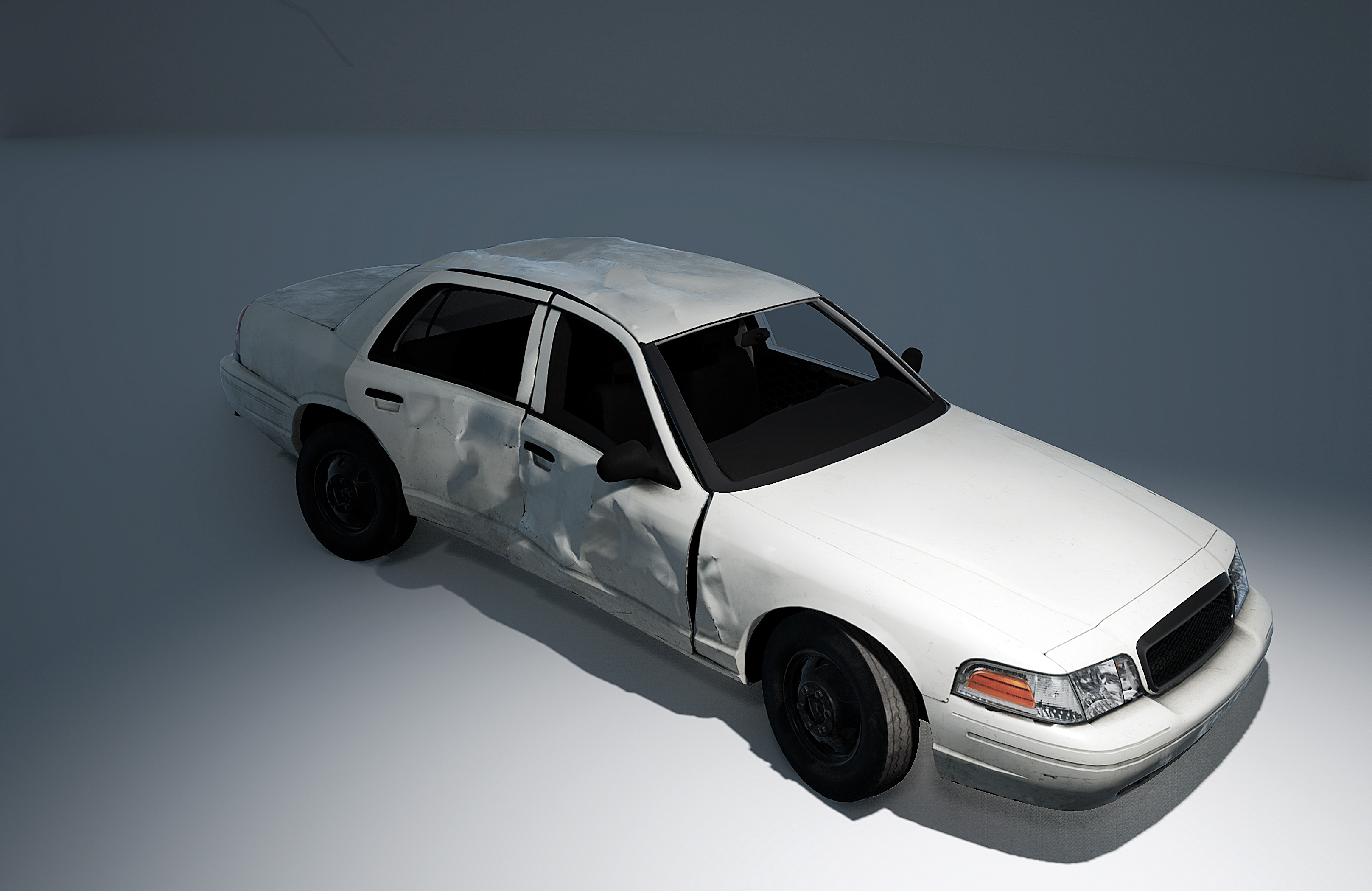 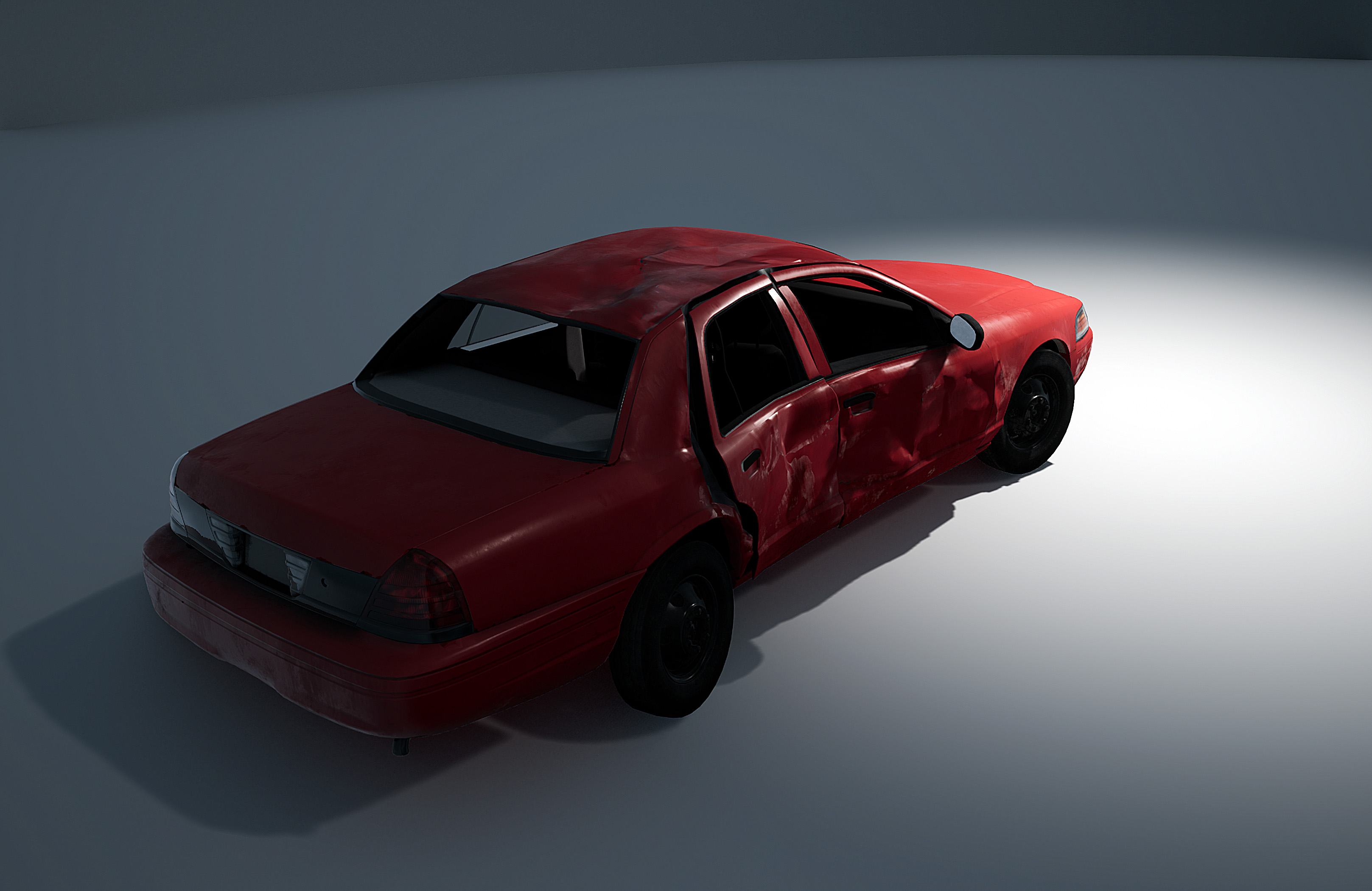 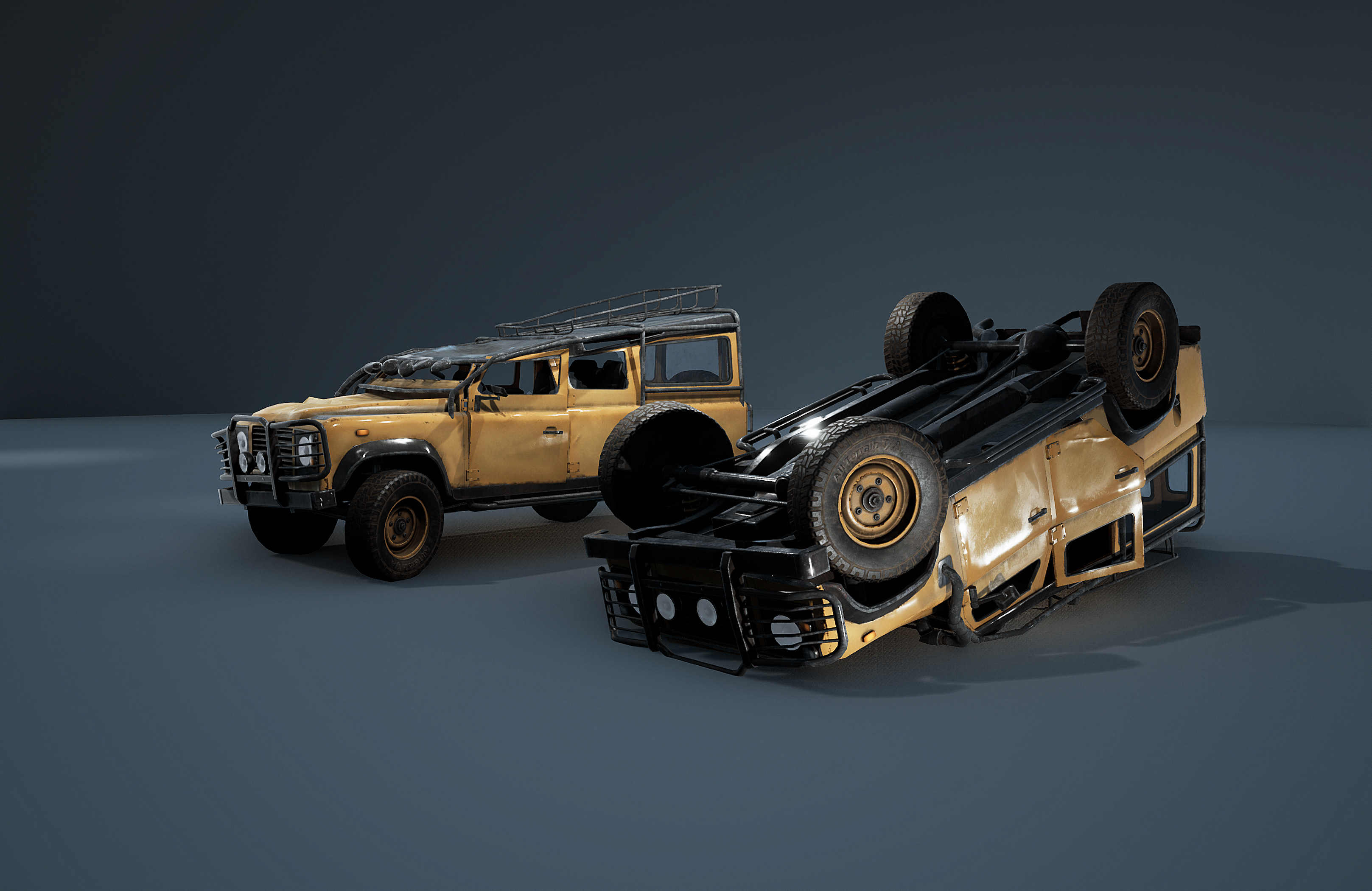 On top of all that, Nihito has also been working on some props that will be found throughout the world and provide potential places for players to find valuable goods. 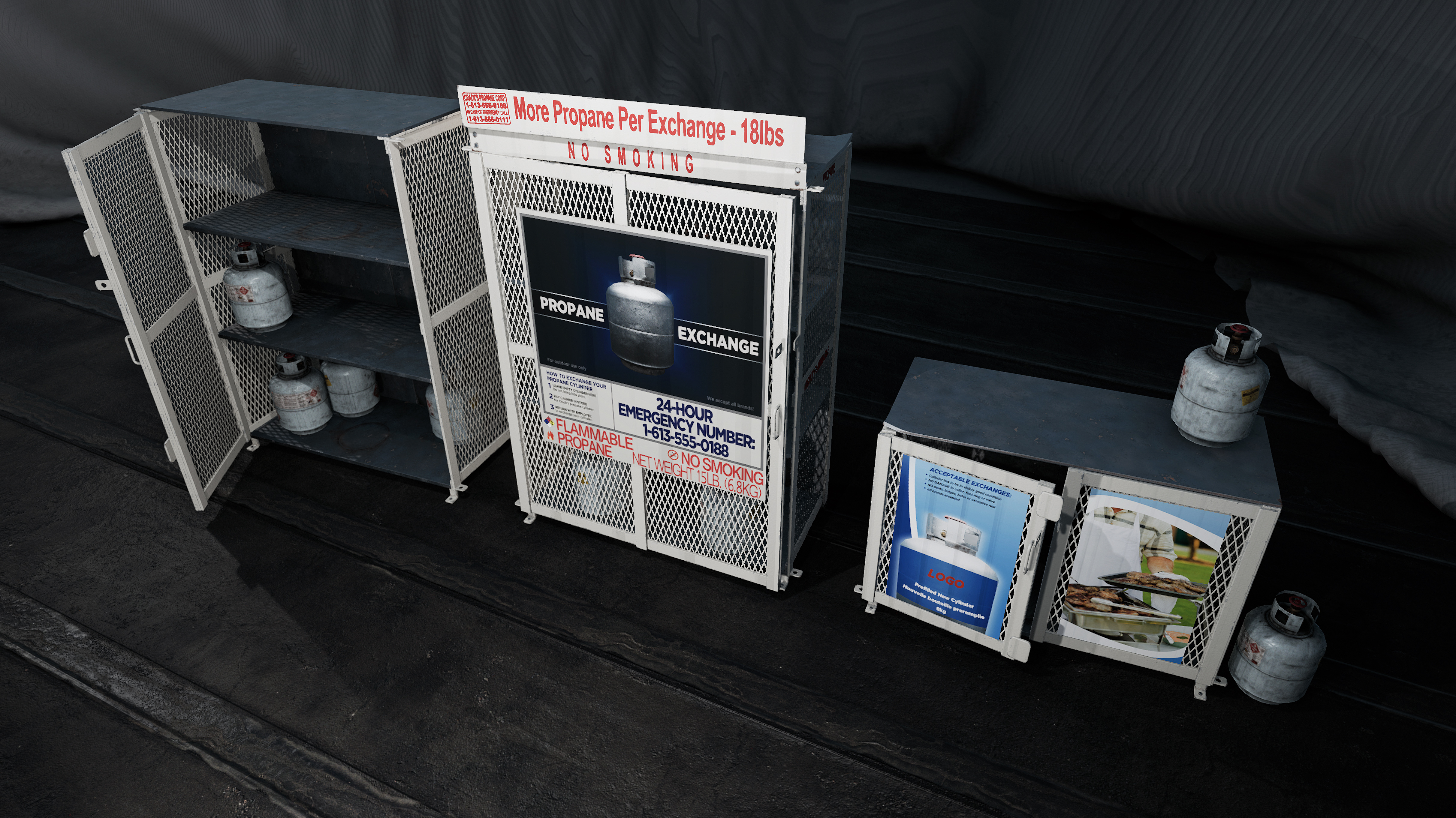 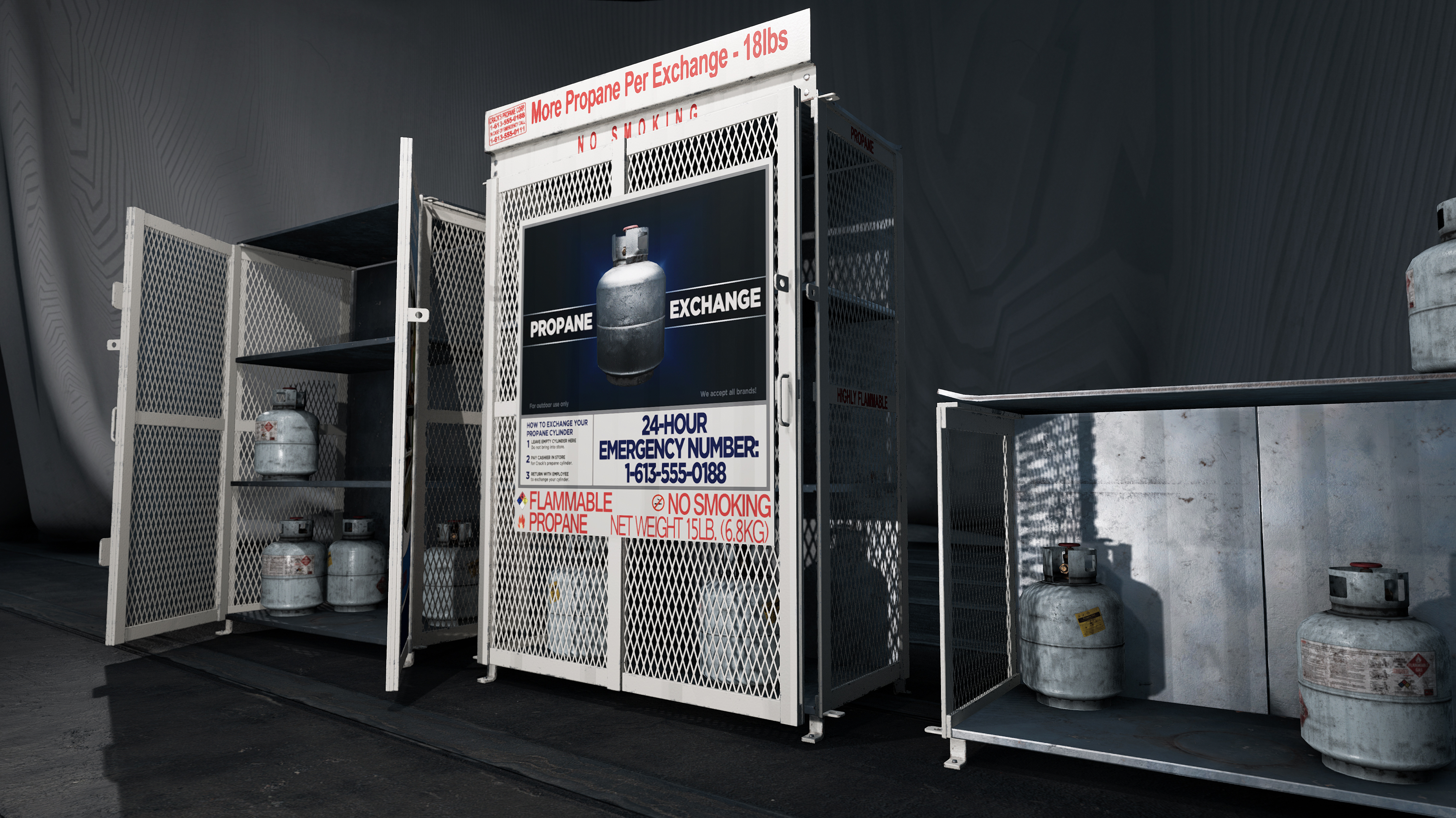 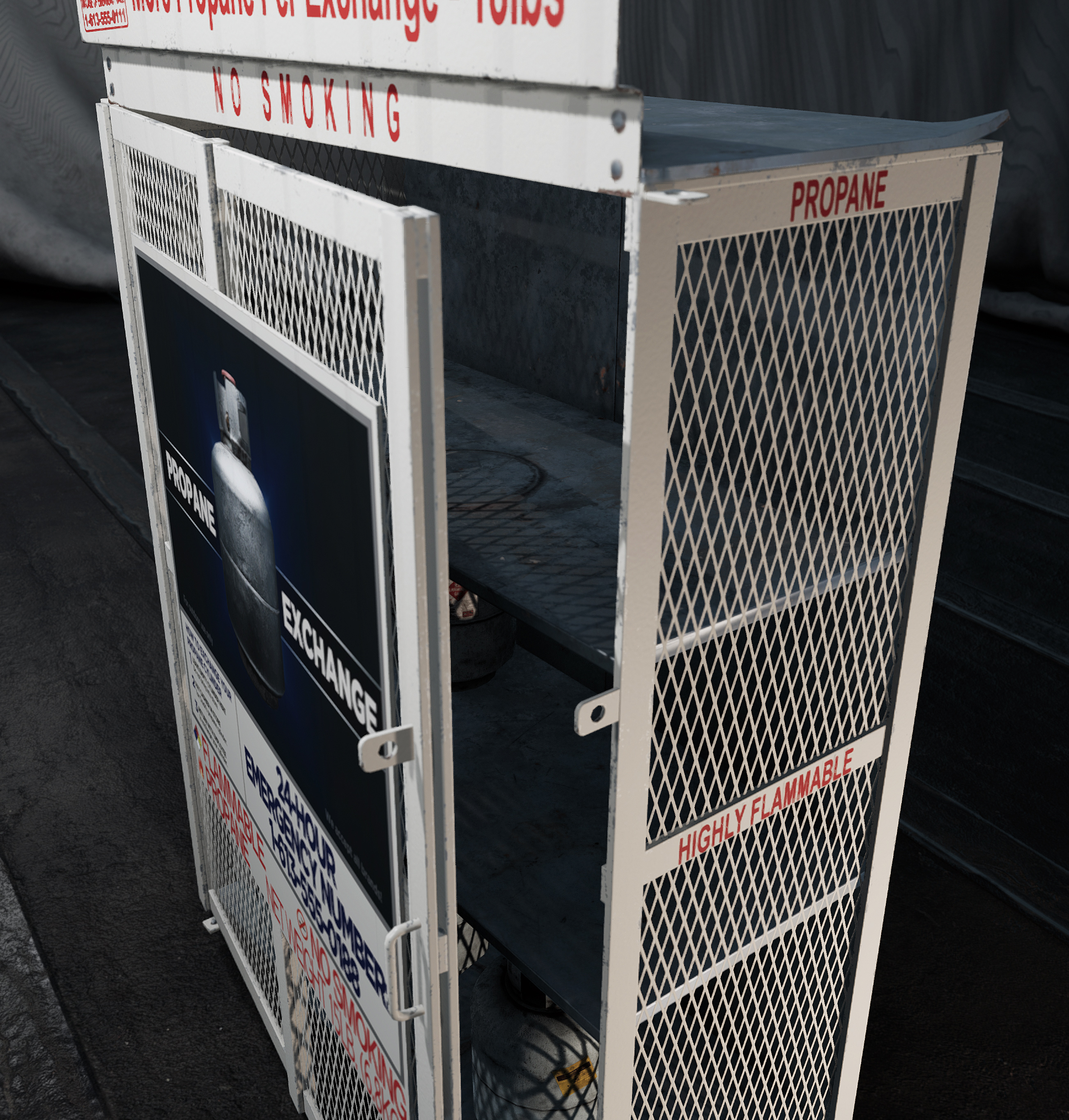 Stefan has been working on the next Backer weapon on the list, the M700. This is a high powered bolt action rifle that was chosen by Boomstick backers MrAtomicDuck and FinestXI. Their specially designed skin for this weapon will be shown at a later date! 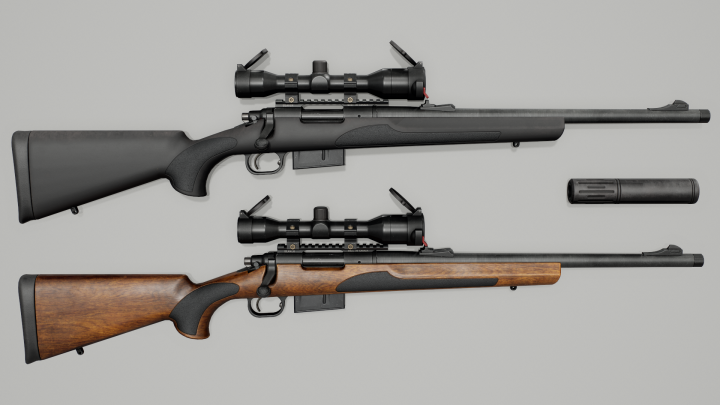 On the subject of guns, Shiny Haxorus has been working on the animations for the VZ58 rifle, a Czech made rifle that is very popular with collectors in Canada.

Nomad has been working on finalizing the electrical system in the mine and making it more flexible so parts can be unplugged from the main box. This will require players to find and plug in those units to restore power.

The giant fan shown above and in previous blogs will also now kill players if they (for whatever reason) try to walk through it.

Gunschlinger has been working on the lockpicking system for Dead Matter and making sure it has good audio and visual feedback for the process. This is a quick reminder, anything shown on this blog and on the vlogs, is a work in progress.

Rizz has been busy working on the many props and furnishings that will be used to flesh out the game world environments. He has this to say:

Hey everyone, The Rizzler here. I realise I’ve been quiet recently in terms of posting sneak peeks, but rest assured I have been hard at work cranking out props to help the LDs (level designers) flesh out the world. Pictured below are just a few of the pieces I’ve finished recently, starting with the residential furniture set. Time for another technical breakdown!

There are three variations of furniture textures (a, b and c), but by applying a different material to the duvets the textures are able to be interchanged (e.g. wood type b, duvet type a) giving the LDs much more control and choice over how they want the furniture to look. In addition, I have modified the meshes to create untidy bed variations (some people make their bed in the morning, and I guess some don’t make their bed at all . . . especially given the circumstances) as well as separated the mattresses as unique elements allowing for even more usage and choice.

The beds/duvets and these dressers, bedside cabinets and lamp all share the same assigned material, so this furniture is also able to switched to the a, b and c variations. The furniture all having the same material also saves on performance, as the game only has to load their material once. I made modifications to the dressers also, modelling an alternate handle type as well as looted (or just untidy again) dressers.

Finally we have the gas station tire pump and vacuum. The current plan is to have the tire pump be one method of repairing the wheels of your vehicle if they were to be punctured or damaged. Of course, having to go to a gas station in a damaged car involves a good deal of risk in itself rather than attempting repairs somewhere more secluded, but it could be considerably easier than finding new tires altogether. The vacuum is planned to be able to be turned on at the cost of some currency, creating a noisy diversion or an attraction for the undead in the immediate vicinity. You will also be able to use it to clean up the crumbs from the snacks your friends rudely ate in your car (ok, maybe not.) That’s all for now, cheers!

If you're not a backer already and want to support the development of Dead Matter, you can back the project at the following links: IndieGogo or https://qisoftware.ca/store Even if you can't, or aren't comfortable with backing just yet, spreading the word to your friends and talking about the game helps all the same.